Today, February 27, the Dominican Republic will celebrate 176 years of independence and also thousands will gather in a central plaza as part of an ongoing protest movement that has rocked the Caribbean nation since municipal elections were suddenly halted a week and a half ago. A comrade from Dominican Republic based group Kiskeya Libertaria offered the following brief report on the recent events.

By member of Kiskeya Libertaria

Municipal elections were held in the Dominican Republic on February 16 using electronic ballot machines in all of its most populated municipalities. Just four hours after voting began, it was halted due to widespread electronic glitches affecting 60% of the country. In many of the machines only one candidate appeared, which quickly unleashed accusations of fraud and sabotage towards the governing party by their political opposition. At first, the blame was pointed at the Central Electoral Board (JCE) who is responsible for holding the elections, but the government and JCE quickly came to an agreement to call new elections a month later on March 15. Since then, no one has taken responsibility for what happened and this has cost the country millions of dollars while the president of the JCE has refused to step down.

The following day, February 17th, a group of young people that had organized over social media gathered outside the JCE offices in Santo Domingo calling for answers around what really happened and demanding the resignation of the JCE president. While the crowds were small initially, numbers continued to grow in the days following – especially after protesters were tear gassed by police without provocation. The response was popular outrage and rallies began to be held in all major municipalities around the country. The opposition political parties of course have attempted to capitalize on the protests but there also has been resistance on part of young people involved, including asking that the parties not gather in the same spaces.

A New Sense of Solidarity

Dominican Republic is a country not accustomed to mass protests in recent times. The political narrative is controlled almost exclusively by the major parties and there are no significant leftist parties let alone popular organizations or a strong union presence. What is new about these protests is that they have been organized autonomously through social media mostly by young people, including many that are too young to vote and at the margins of the traditional political parties. A quick read of signs present at demonstrations reflects a deep distrust of the political system as well as a show of solidarity and collective consciousness. This has been reflected within the protests where food and first aid are collectively organized and distributed. The importance of the protests is a newly found distrust of the political establishment, parties and the system they represent together with a new sense of solidarity among those struggling. The result being that amidst this crisis a stronger social fabric can pave the way for new ways of political engagement.

Next Steps in the Movement

A mass protest is being organized on February 27 in Santo Domingo’s Plaza de la Bandera in front of the JCE building. The plaza can hold one million people, or 10% of the country’s population, but beyond the called for protest it is difficult to imagine what will happen next. A variety of players involved that vary from the radical left, opposition political parties, and even the ultra-right: all are vying to take advantage of the moment. If the protests manage to continue beyond this day it has the potential to radicalize and demand real change beyond simply new elections.

Kiskeya Libertaria is an anarchist organization based in the cities of Santiago de los Caballeros and Santo Domingo in the Dominican Republic. The group is a founding affiliate of the Federacion Anarquista de Centro America y el Caribe (FACC).

This article was translated by members of Miami Black Rose/Rosa Negra and has been edited for clarity. 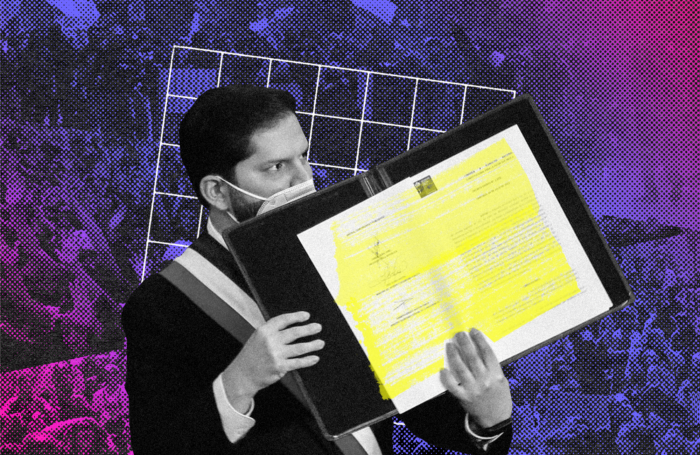