These days people are gathering spontaneously in the streets of downtown La Plata and Buenos Aires neighborhoods. People are taking the streets against the government and in protest of another wave of attacks on social benefits. Moments like these bring flashbacks to the days of December 2001, the year of the popular rebellion that rose up in the wake of the financial collapse that rocked Argentina. This was the year when the people, the masses, were fighting in the the streets, taking over factories and organizing neighborhood assemblies against many of the direct effects of imperialism, the state, and the capitalist system: their government, the impositions of the IMF (International Monetary Fund), and their so-called “representatives” in different institutions.

Since the formation of right-wing coalition Cambiemos (“Let’s Change) in 2015 which successfully backed Argentinian businessman Mauricio Macri to become the president, the idea of the country “going back to the 90’s” (a period of neoliberal reforms) became common in political debates, and once again, the specter of 2001 is haunting Argentina.

Prior to the rebellion

Many months passed and as misery and repression slowly but continuously kept growing, many of us were wondering if something like this would actually take place, or at least, if the the people would actually react against these measures. The climate seemed even more contradictory when the streets were filled with protests against government’s measures, repression of the Mapuche people, and claiming justice for Santiago Maldonado but also denouncing sectors involved in the protest, particularly local anarchist organizations and individuals as being “infiltrators” because they were more likely to use violence against the State and its forces (sometimes in good conditions, sometimes in bad conditions). Meanwhile President Macri won the mid-term national elections of the legislature, symbolically installing his coalition as a legitimized majority. Now the time of popular resistance has come, or at least that’s our impression in recent days.

“We will not allow another Hamburg”

On Wednesday December 13, during the protests against the WTO 11th Ministerial Conference that took place in Buenos Aires, we saw the first major repression of the Cambiemos period. We’ve had repression against protests in the past but they were mostly localized to particular sectors of the movement and usually took place after the demonstrations ended and the crowded were breaking up. The method used was to send in the police to hit and arrest random people with some instances resisting the attacks. During the 13th we saw hundreds of repressive forces ready to repel any kind of popular demonstration together with many other measures, such as the use of deportations and censorship, designed to stop any kind of resistance. This was the government’s way to send an international message for next year’s G20 summit: “We will not allow another Hamburg”.

All this military deployment happened again the next day, Thursday, December 14, as the State called for an extraordinary session of the lower house of Congress to discuss and vote on a “provisional reform,” an austerity measure directed against the pension system pushed for by the IMF.

This “reform” is just another fancy name to make us work until 70 years old, making it even harder to retire, and downgrading the amount of money people will receive. The legislation “changes the formula used to calculate benefits by linking them to consumer prices instead of tax income and wage hikes” which opens the gates for a process that would destroy the current imperfect but sustainable social security program. This law is not the only structural reform Cambiemos and Macri wants to impose on the people but part of a “package of (neo-liberal) reforms” that push a free market model for healthcare, workers rights and education and would significatively change the way the oppressed classes live today. 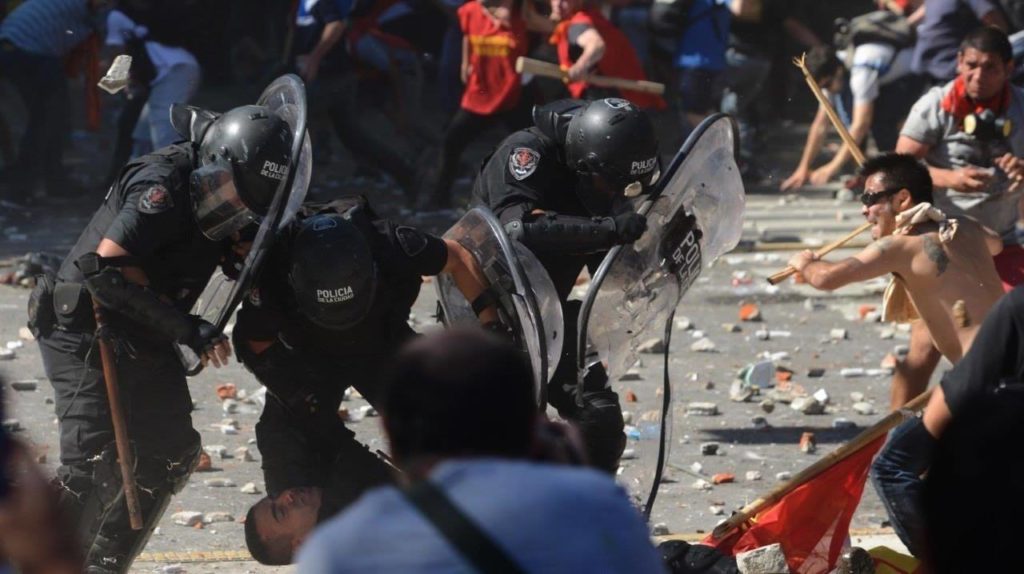 A state of siege on the streets

However, the session on Thursday had to be suspended as the people were repressed with such brutality that not even the hegemonic mass media could hide it. The streets of downtown Buenos Aires seemed in a state of siege with people being shot, retirees being attacked and many wounded. Even congressmen were gassed in front of the cameras, after the session was suspended, the people kept going outside to defy the State’s repressive forces.

After all this repression, the government announced another extraordinary session for Monday, December 18 with continuing threats of bypassing the congress through use of a Necessity and Urgency Decree, an executive order for special circumstances allowed by the constitution. But this time we could see the social forces were even more prepared to resist – raining stones on the police and unafraid of the barrages of tear gas and rubber bullets. No matter how much the police attacked, the people would appear again and again, refusing to disperse and give up the streets. The media had to repeat constantly that there was a group of so-called “violents” alienated from the “real protesters” and responsible for attacking the cops to make it believable. But this division did not exist as images showed hundreds of protesters resisting police attacks with sticks and stones and anything they could find. The repression lasted hours once again and people left the streets in the afternoon but appeared again at night, this time though spontaneously and not only in Buenos Aires but in many cities all around the country. It was a new “cacelorazo,” a form of demonstration featuring banging on pots and pans which became popular during the 2001 economic collapse in Argentina.

A new unity, a new cacerolazo

The debate in congress lasted all night and after many fights, rigid votes and positions, the measure was passed. But social movements and popular forces did not surrender. Through this process of intense social conflict we have seen a clear advance in the radical conscience of the people and, at least momentarily, as willing to directly confront the forces of the State. At the same time, we see greater unity across political and social lines, as comrades say: “When you’re throwing rocks at the cops, no one asks if you’re anarcho, trot, or whatever.” This is the unity in the struggle we need to build between the oppressed. Repression did not stop us and the legitimation of the congress and other State institutions will not stop us either. That is why, new cacerolazos are underway in cities across the country. And that is why we shout once again: “¡Que se vayan todos!” (“They all must go!”) 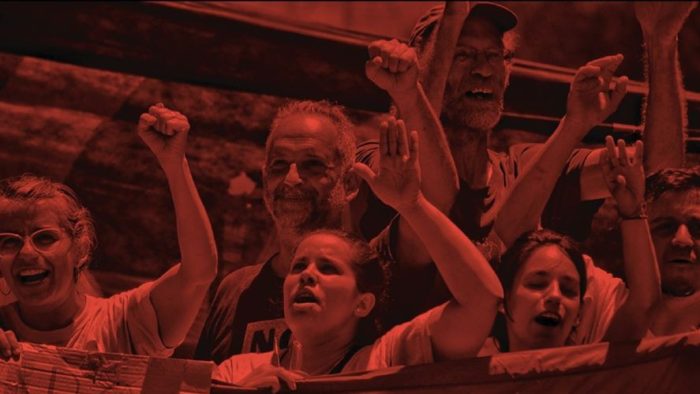 Argentina: How Many Chains Do We Need to Break for Socialism and Liberty? 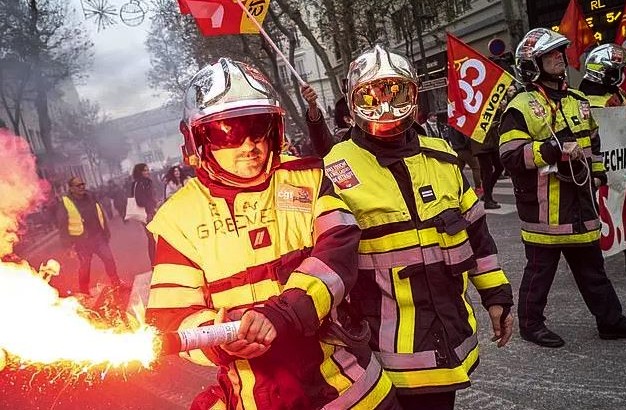 Beyond Pension Reforms: Interview on the General Strike in France

Bolivia: The Extreme Right Takes Advantage of a Popular Uprising

Bolivia: Commentary on the Coup Underway