In solidarity with the workers and our comrades in Brazil with Coordenação Anarquista Brasileira (CAB) we republish this statement highlighting an example of class struggle unionism from below. We also encourage supporters to follow the Facebook page of the Municipal Workers’ Union of Cachoeirinha for updates as well as additional photos and videos of the struggle.

By Municipal Workers’ Union of Cachoeirinha

RIO GRANDE DO SUL, BRAZIL – The Municipal Workers’ Union of Cachoeirinha (Sindicato dos Municipários de Cachoeirinha – SIMCA) is a union that fights for workers’ rights in class-based struggles in Brazil. Founded on June 20, 1989, it has consistently been a protagonist in struggles both initiated by the Union and by other social movements. The municipal workers of Cachoeirinha have been leaders in the organization and mobilization of these struggles, refusing to stay quiet in the face of arbitrary and authoritarian exploitation of labor, mismanagement on the part of bosses and government officials, and the injustices imposed “from above.”

SIMCA takes a class-based, combative political approach, based in the principles of direct action, member-driven democracy, and workers’ independence and solidarity.

The class-based premise of SIMCA is founded in the belief that workers should develop forms of self-organization and governance. Class is used as a category to understand and struggle against the accumulation of capital by a minority. For this reason, SIMCA stands in solidarity with other popular movements of the working class. It affirms that, politically and ideologically, it is crucial to share experiences that can serve as reference points to other unions and social movements, in order to move forward together in the struggle for workers’ rights.

At this moment, SIMCA is engaged in its most important struggle since its inception. This document describes the ongoing strike by workers in Cachoeirinha, who are protesting a package of austerity measures introduced by the municipal government. They include the sale of public lands, cuts in food subsidies for workers and their families, a reduction from 9% to 3% for pay raises for job promotions, pay cuts for teachers, engineers, geologists, architects and public servants, and changes to insurance code that lower the “risk to life” of various professions (thereby diminishing protection). This strike is not only historical for Cachoeirinha, but also on a state and national level, as it is articulating a defense against the model of economic austerity that is attacking the rights of all Brazilian workers that were won during the twentieth century.

After weeks of direct mobilization among workers, supported by community members who make use of public services, and confrontation with police repression, the struggle has reached a breaking point with the municipal government. On April 13, around 300 municipal workers went to Porto Alegre, the capital of Rio Grande do Sul, to stage an act of political and cultural resistance on the 39th day of the strike. The workers stood in a vigil for the afternoon, until a meeting that evening, organized the Mediation Sector of the Regional Superintendency of Labor, to address their demands.

As directed by the Strike Leadership (a Leadership of federalist structure, with representatives from various labor sectors), the SIMCA negotiators positioned themselves against the package of budget cuts proposed by the courts and the financial adjustments of the government. The result of this meeting was a proposal by the government to suspend the cuts for 60 days, in return for the end of the strike.

Chronology of the strike

First week of the strike: On the first day of the strike, the media falsely associated the movement with a break-in of the mayor´s office. By doing so, the strike was immediately framed as suspicious, foreshadowing the attempts to come at the criminalization of strikers. The government summoned SIMCA for negotiation on the third and fourth days of the strike. SIMCA demanded the repeal of budget cuts and austerity measures, as well as that the government take emergency measures to avoid immediate consequences of the cuts. In spite of these negotiations, the government formalized the budget cuts on March 10, promising compensation in the future.

Second week of the strike: The strike won the support of the community, which mobilized itself to hold the mayor accountable to cuts for municipal workers. The strike began to struggle against the ordinance that was part of the austerity package that would reduce funding for childhood education. Health workers joined the strike. A street protest united more than a thousand people on Flores da Cunha Avenue. The 38-day strike in Florianópolis ended with negotiations that were amenable to workers, giving strikers in Cachoeirinha an example of what was possible. On March 16, the strike organized a march and 80 municipal workers filled the Dante Barone Auditorium of the Legislative Assembly of Rio Grande do Sul in the Public Hearing for the scaling back of rights of municipal public servants of Cachoeirinha.

Third week of the strike: The denunciations from the public hearing were brought to the Public Ministry. The government intensified its efforts to criminalize strikers. Legal protests that took to the streets were treated by the government as criminal acts. The Secretary of Education requested lists of teachers who had joined the strike in order to begin measures to prosecute them. Strikers responded to this harassment by occupying the Secretary of Education. This direct action forced a new negotiation with the government. However, in the meeting that occurred two days later, the government raised its charge or criminality against strikers and the Secretary of Security announced that it would take measures to repress the movement.

Fourth week of the strike: A hunger strike began in front of the city hall and continued uninterrupted for 24 hours. Meanwhile, the Mayor had lunch with local businessmen to negotiate their support for the government’s fiscal adjustments. Since the second week of the strike, the movement had been practically silenced in the media. The movement began to experience state, in addition to municipal, repression. Unhappy with the strike´s growing strength, government repression became bolder. The Mayor and the Secretary of Security accused the strike of various break-ins. A government official connected to the Secretary of Governance provoked people in the hunger strike in an attempt to create conflict. Government officials delayed a session of voting on legislation that would reduce subsidies for food purchasing by workers and their families. On the following day, strike leaders occupied the legislative chamber. On March 30, repression of the movement left 30 wounded and 3 arrested, marking the greatest police brutality in the history of Cachoeirinha. On March 31, more than 2,000 people marched down Flores da Cunha Avenue to protest the brutality. The Ministry of Labor and the State Ministry received complaints of rights’ violations this week.

The strike issues this statement. The government appealed to the courts in an attempt to dismantle the movement. The strike took on national dimensions as various protests around the country took place in solidarity with municipal workers in Cachoeirinha. Denunciations of the strike´s repression arrived on the desks of the Commission of Citizenship and Human Rights of the Legislative Assembly. A street mobilization slowed access to Cachoeirinha by occupying a critical bridge. A plenary was convened to protest threats by the government to redact pay for the duration of the strike. A political analysis addressed the state of the strike was published.

Sixth week of the strike: The industrial district of Cachoeirinha woke up with a picket line in front of the Center of Industries of Cachoeirinha to get their message across to factory owners who had sided with the Mayor and were supporting his austerity measures. In the early hours of the morning of April 10, the government agreed to negotiate the following day, and for the first time since the beginning of the strike, the Mayor showed up. The expectations of strikers were disappointed at the meeting, when the same proposal that the government had presented on March 10 was put on the table, which the strikers had already rejected. SIMCA withdrew from negotiations and agreed only to return the following Thursday. Another large mobilization in support of the strike once again occupied the main avenue of the city. In Rio Grande do Sul, the strike won the support of state-level public servants. Various municipal workers of the metropolitan area addressed the strike in their assemblies.

The municipal workers of Cachoeirinha continue to protest the unjust fiscal adjustment. The situation in Cachoeirinha is the same that threatens workers across the whole country. More than 3,000 workers are now involved in this fight. The sweat and blood that has been shed in this strike belongs to all members of the oppressed classes. Beyond the debate about whether to accept the truce offered by the government, the municipal workers of Cachoeirinha are aware of the role they have in sustaining country-wide resistance against blows to our rights.

It is from this understanding of the ongoing struggle, that SIMCA asks for SOLIDARITY for this struggle, be it through the spread of information or material and financial support. The saying “Those who fight are not yet dead” is never so relevant as in this very moment in which the struggle is being waged.

ALL SOLIDARITY TO SIMCA AND THE MUNICIPAL WORKERS OF CACHOEIRINHA! WE STRIKE FOR VICTORY! CONTINUE THE STRUGGLE! BUILD POPULAR POWER!

On Strike at Stop & Shop: Interview from the Picket Line 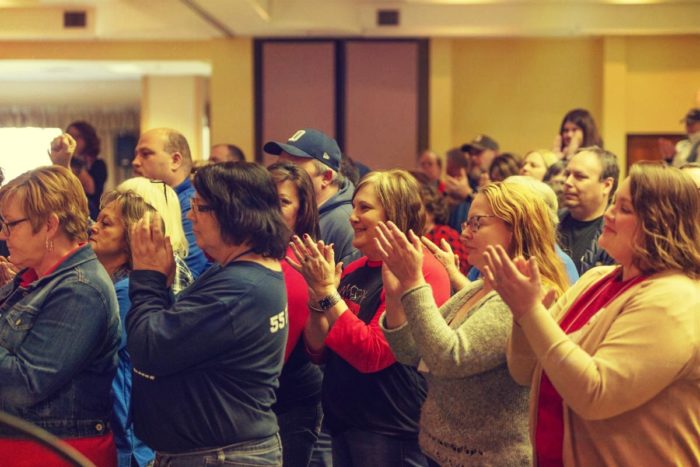 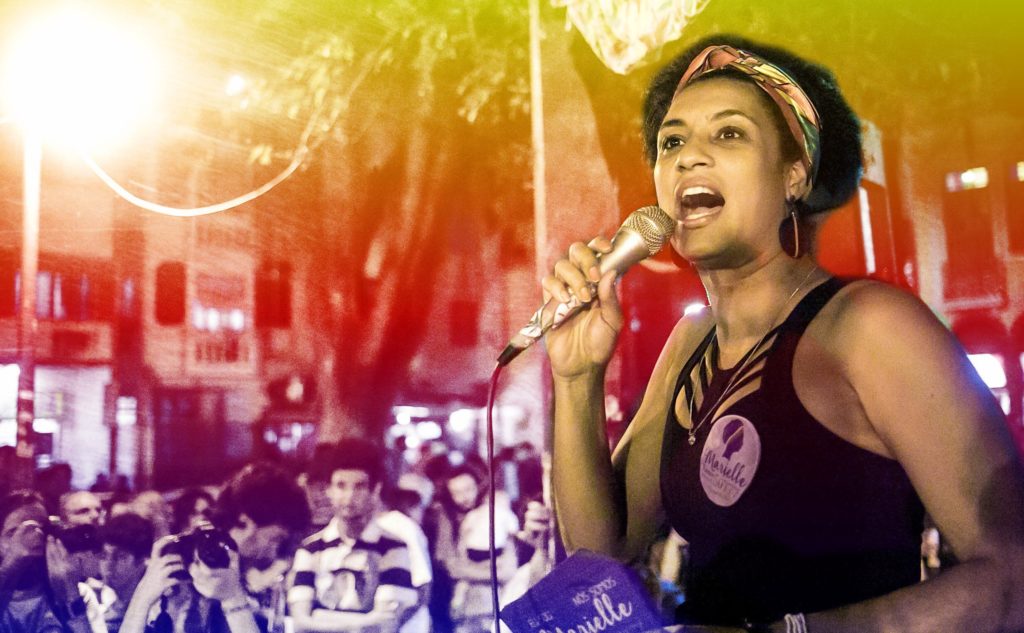 Brazil: Interview on the Assassination of Marielle Franco 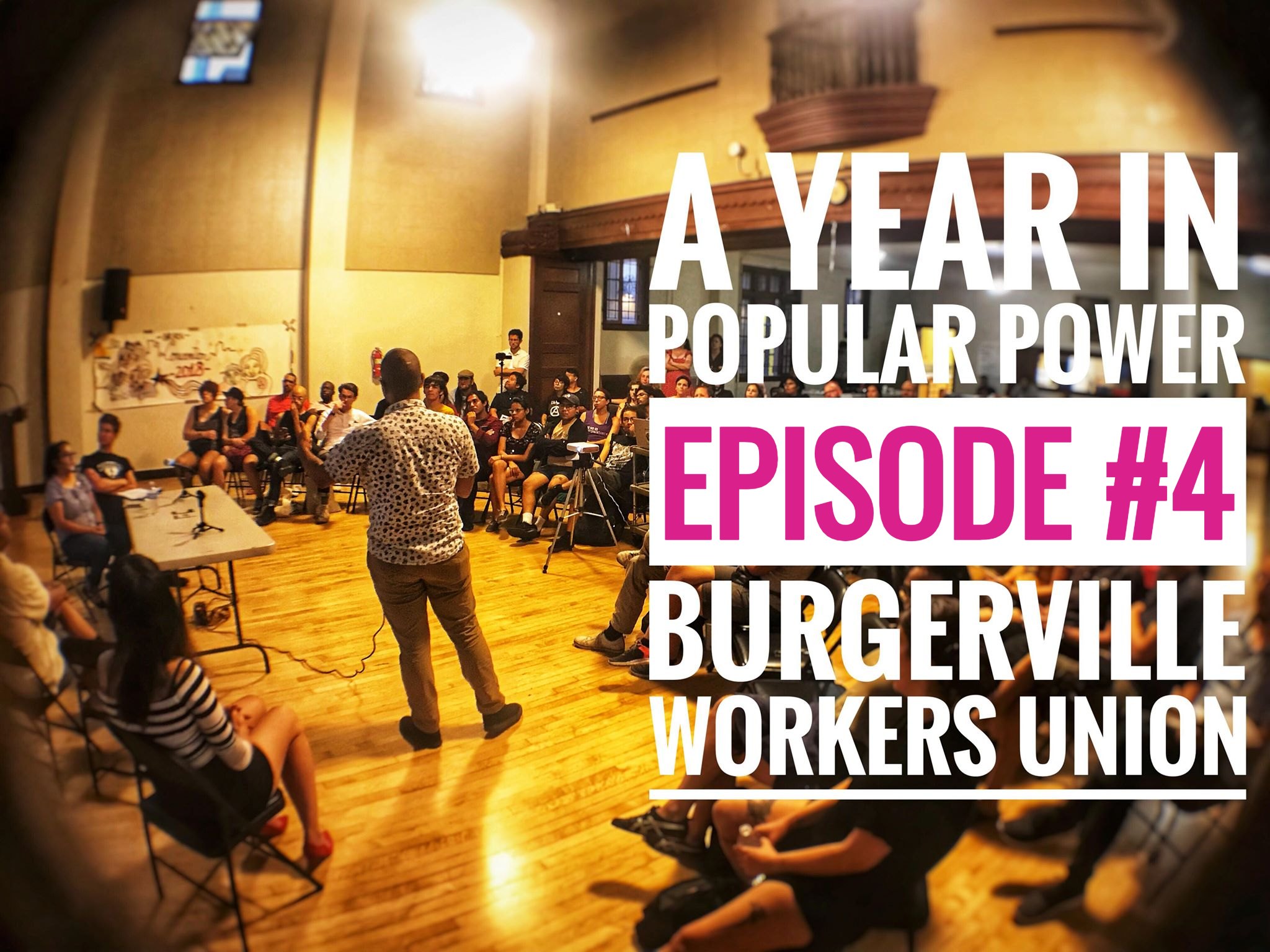