Author Note: This article was written by Romina Akemi and Bree Busk for Solidaridad, the newspaper of the Chilean organization Solidaridad – Federación Comunista Libertaria. For this reason, more time is spent explaining history and concepts that would be familiar to a US audience.

In the first week of Donald Trump’s presidency, there were two important mobilizations that expressed radically different views on reproductive rights. The Women’s March on Washington, which took place the day after Trump’s inauguration, has been hailed as one of the largest mobilizations in US history. What began as a spontaneous call quickly ballooned into a movement that tapped into growing anxieties over the intentions of the new administration. The march drew some 500,000 to rally in Washington DC while sister marches were held across the country and even worldwide. One week later, on the anniversary of Roe v. Wade (the 1973 Supreme Court decision that legalized abortion), another mobilization took place: the annual March for Life. While significantly smaller, this march still drew many attendees who were energized by celebrity speakers from the Trump administration. In a break with political protocol, Vice President Mike Pence, a former Catholic turned born-again Christian, spoke at the rally, where he claimed, “Life is winning again in America.”

In the United States, the legality of abortion rests on Roe v. Wade, which can only be overturned by another Supreme Court ruling. However, there is a vacancy on the Supreme Court that President Obama was unable to fill in his final term. During his campaign, then-candidate Trump had committed to appointing an anti-abortion judge, a promise that was reiterated during Pence’s speech and finally realized on January 30th with the nomination of Neil Gorsuch. A recent report on Judge Gorsuch’s voting record states that if confirmed, he would likely be a reliable conservative, “voting to limit gay rights, uphold restrictions on abortion and invalidate affirmative action programs.”

Despite its legality, abortion access in the US has continued to be precarious and uneven, especially for those in rural communities. This is due in part to the success of the anti-abortion movement, which has persistently sought both legal and grassroots methods to reduce and restrict access. This was most visible in the 1990’s, when right-wing evangelical organizations such as Operation Rescue, Moral Majority, and the Family Research Council came into prominence. These organizations rode the conservative backlash against the ‘60s “cultural revolution,” demanding open prayer in state schools, opposing sex education, and shutting down women’s clinics. This period of religious conservative response to secular, progressive values came to be known as the Culture Wars. At this point, the Third Wave of the US feminist movement had been fully institutionalized within the Democratic Party and was unable to defend its gains against such a challenge.

The Women’s March was the most powerful public demonstration in defense of reproductive rights in recent history and represented the first call to action capable of uniting women across class, racial, and political lines since the defeat of the Equal Rights Amendment in the late 1970’s. For the last decade, US Left politics have been dominated by identity politics: a political theory that emphasizes racial, gender, and sexual identity over social class. Identity politics was initially employed to analyze and deconstruct manifestations of white supremacy and patriarchy within leftist organizations and movements, but it was also taken up by young progressives in academic and institutional settings. Within this analysis, class became understood as another identity that could be discriminated against rather than a relationship to the means of production. What began as a useful tool to analyze power imbalances soon evolved into an ideological position characterized by disunity, extreme localism, and separatism. These political behaviors have had a broad influence on both the revolutionary and institutional left in the US, impeding the growth of broad-based social movements. The fragmentary nature of identity politics was addressed through the application of intersectionality, the theoretical practice of analyzing overlapping social identities and related systems of oppression, domination, or discrimination. Intersectionality was intended to provide a model for inclusive, horizontal cooperation within organizations and movements across all identities. However, in practice, activists interpreted it to mean that all identities and oppressions are situated equally and no special understanding of capitalism or the state was necessary to complete their analysis. As the recent US election has demonstrated, most people will react to threats to their material realities rather than in response to purely ideological considerations about their place within the complex hierarchy of oppressed identities . . . The irony being that politics from above – led by Trump – has forced the US Left to find unity, when a few months ago, they saw none.

Prospects for a feminist movement

At this point, there is no certainty that the Women’s March will evolve into an actual social movement. Across the country, the microphones were dominated by Democratic Party politicians and liberal celebrities who emphasized institutional resistance. In contrast, the march participants were politically diverse, with some demanding reforms and others, revolution. The unifying factor was a collective desire to ignite an ongoing resistance in the streets to the coming social rollbacks. Revolutionary feminists have only just begun to assert themselves in these political spaces and it’s unclear what role they will ultimately play. This much is clear: the Women’s March represents a political opening to rebuild a revolutionary feminist movement (in conjunction with other developing struggles) that advances demands to improve the lives of working people and embraces conflict with the liberal, capitalist character of the feminist movement of the day. There is a clear opportunity to re-center the classic demands of reproductive justice, economic equality, and freedom from patriarchal violence, and to push them forward with a greater force than was possible in decades past. Our efforts will require the best aspects of intersectional analysis to prevent us from replicating the hierarchies we wish to abolish, but that is only the beginning: we must address the material reality of those most directly impacted by patriarchal-capitalism and let that focus serve as a guide for the revolutionary movement we wish to build.

Romina Akemi and Bree Busk are also the authors of by the authors of recommended piece”Breaking the Waves: Challenging Liberal Tendency Within Anarchist Feminism.” 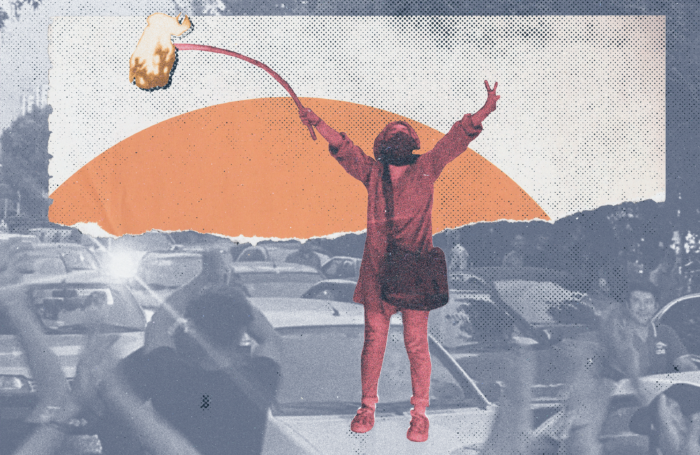