This week’s chilling revelation that the Trump administration has jailed and initiated deportation proceedings against United States citizens who possess official US birth certificates exposes the absurdity of the far-right myth promoted by Trump and his supporters that xenophobic policies are merely about legality rather than racism.

The State Department is calling into question the legal status of Latinx citizens along the southern border based on the claim that “there has been a significant incidence of citizenship fraud” in the region, though there is evidence of no more than a handful of cases. In 2009, the government seemed to have settled the matter in court with the ACLU before Trump’s State Department recently resurrected this xenophobic conspiracy theory. As a result, Latinx citizens residing near the southern border have been denied passports, prevented from re-entering the country without warning, detained in immigration camps and scheduled for deportation proceedings.

For years right-wing pundits have harped upon the importance of coming to the United States legally — “doing it the right way.” But if they mean what they say, then how can they support the denial of citizenship to documented Latinxs who were born in the US? If the hackneyed reactionary refrain that anti-immigrant policies are about legality rather than racism is true, then why is the Trump administration planning to make it harder for legal immigrants to obtain green cards and citizenship?

There are two basic sets of answers to these questions that are not mutually exclusive: first, because it is about race, because Trump and many of his advisers are racist and because the history of immigration enforcement in the United States is a story of race. Second, because Trump and his administration have no real allegiance to the law and have “trampled on all manner of constitutional principles,” as CNN legal analyst Joan Biskupic and countless critics have pointed out. After all, Trump bemoaned the “archaic system” of government in the United States as “a really bad thing for the country” because it limited his personal authority to “get things done.”

To understand this week’s revelations fully, it is necessary to integrate both answers without dismissing the Trumpian appeal to “law and order” as completely insincere or nothing more than window-dressing for racism. To fully understand the fundamental relationship between identity and law at the heart of Trumpism, fascism and far-right politics more broadly, it’s important to examine the fascist conception of law, which grows out of a paradoxical struggle of law and order against law and order. 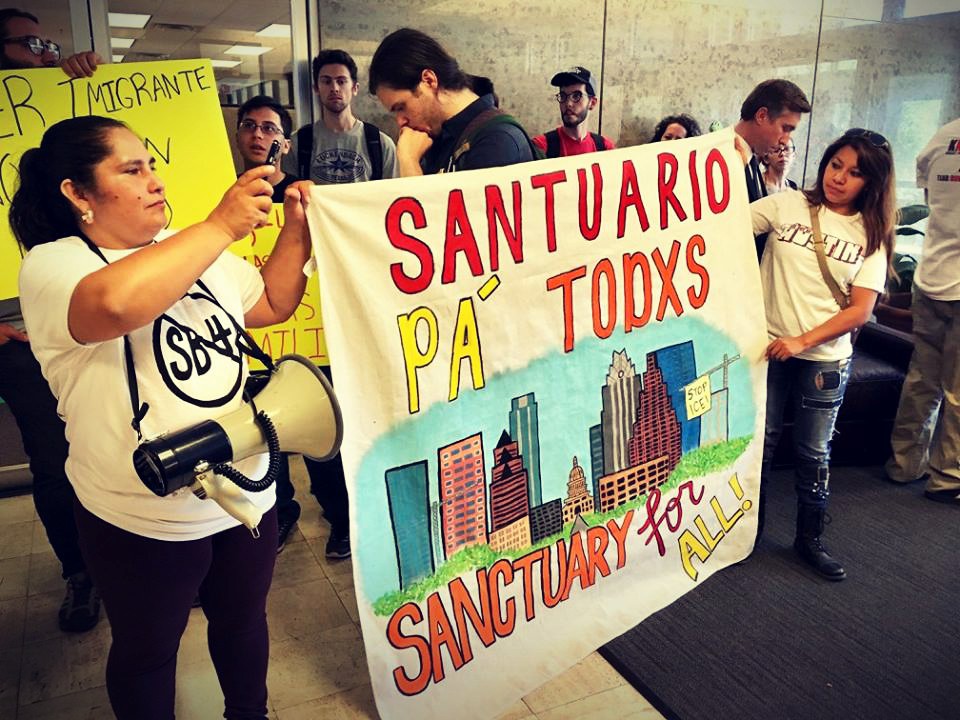 The Origins of the Fascist Conception of Law

The reason early 20th century fascists attacked liberal parliamentary government was because supposedly “effeminate” bourgeois politicians allegedly enabled Jews, communists, Freemasons, homosexuals and others to weaken the nation and/or race amidst the all-important Social Darwinian struggle for supremacy. The true, organic identity of the collective, according to these fascists, was suppressed by “artificial” laws enacted by paper-pushers that they claimed failed to protect property from the insurgent left and failed to protect German women from “lecherous” Jews.

In recent decades, self-avowed fascists and far-right groups in Europe and elsewhere have reinvented this critique of liberal law and order in a struggle against a reconfigured constellation of threats: immigration and so-called “refugee crises,” “globalism,” multiculturalism, Islam, shifting norms of gender and sexuality, and others. The far right claims that current laws in the US, Germany, France and elsewhere leave the true organic community of the (racialized) nation too helpless to defend itself from disintegration. Nowhere is this articulated more clearly than in the white supremacist fear of an imaginary “white genocide.”

Since the true source of collective authority for fascists is understood as emanating from the essence of the nation or race as articulated by the charismatic leader, no infringement of “artificial” law is off-limits in the struggle to ensure group survival. To that end, Italian Blackshirts, German Brownshirts, and other fascist forces launched campaigns of street violence to “cleanse” their societies of “undesirables” and restore “order.” Later, Hitler purged his Stormtroopers in order to assuage middle-class anxieties about “chaos.” He imposed “order” upon a force allegedly intended to “restore order” — the fascist snake bites its tail.

When these movements legally gained power, they circumvented established law by creating parallel structures of governance including fascist courts, fascist police forces like the Gestapo and fascist prisons like the Nazi concentration camps. Fascists established this “prerogative state” without entirely dismantling the “normative state” that they inherited. Hitler never took the time to formally abolish the Weimar Constitution of 1919.

Though fascists sought to drain modern law of its fundamental content and deprive it of its previous role in integrating individuals into the collective, fascist “prerogative” power thrived by veiling itself in the sanctifying guise of law. Changes in working conditions were legitimated by laws like the 1927 Italian Charter of Labor or the 1934 German National Labor Law. Anti-Semitism was legalized by the Nuremburg Laws and the Italian Racial Laws.

Certainly, Nazis and fascists recognized the propagandistic value of framing their policies as laws, but more fundamentally, the fascist conception of law amounted to a legitimation of the imagined “collective will” of the chosen group as expressed by Il Duce or der Führer. Historically, fascists have attempted to present themselves as the bulwark of a true “law and order” against the inept, corrupt status quo that favors the interests of outsiders over and against those of the fundamental community. 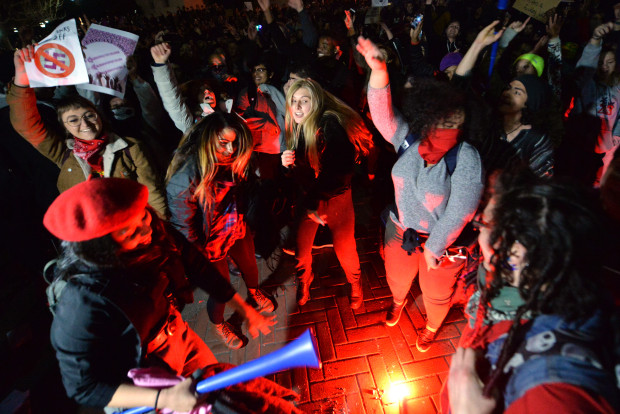 Trump and the Fascist Conception of Law

The message is clear: A defense of “law and order” requires challenging the liberal conception of law when it does not sufficiently protect the order that is to be restored: the white, Christian, conservative, hetero-patriarchal America that is to be made “great again.” That imaginary America is the law and the order. Whether it is currently legal or constitutional to deprive Latinxs of their citizenship or Muslims of their right to immigrate is beside the point.

Of course, it is obvious that the liberal notions of legal neutrality or equal justice are fictions. Laws have always served (and will always serve) the interest of those who write them. This has been true in the US since laws were used to justify the genocide of the Indigenous population, legitimize slavery and Jim Crow, and exclude people from around the world from immigrating, even including people from southern and eastern Europe who were not yet considered “white.” Trumpism is merely the latest wrinkle on this longer history of white supremacy in the US, and fascism, as Martiniquais writer Aimé Cesaire noted, was a kind of imperialism brought home to the European continent. Yet, the paradox of the fascist conception of law provides a particularly clear model for understanding how white supremacists, fascists and far-right figures orient themselves to the status quo.

The argument being made here is neither that Trump is a textbook fascist nor that his administration necessarily represents a step toward an eventual 21st century fascism. Yet, current and former White House officials — like Steve Bannon, who is inspired by Italian fascist Julius Evola, Stephen Miller, who was mentored by white nationalist Richard Spencer, and Sebastian Gorka, who swore lifelong allegiance to a Hungarian Nazi group — designed racist policies like the Muslim Ban, migrant family separation and others that have helped the Trump administration venture in a markedly fascistic direction. If left unchecked, these policies have the potential to snowball. But the question of where a flirtation with authoritarianism will lead is only part of the picture. The fact that migrant children have been abused and neglected in concentration camps, that Latinxs are having their citizenship stripped away, that Muslims are being profiled, that Black and Indigenous people are being gunned down by the police, that Indigenous protesters are facing brutal suppression and that an unprecedented number of people are being incarcerated every year are enough reason to fight back now.

The most long-lasting historical ramification of this reactionary era may be less the policies of the Trump administration than the growing militancy of a significant percent of the population who explicitly or implicitly support any law or abrogation of law that aims to maintain and enhance the white supremacist America that gives them a sense of identity and security.

The answer to this threat is not to unquestioningly support the current order of laws against far-right forces that seek to destroy it. The propagandistic value of calling dictatorial edicts “laws” grew out of just such a fetishization of the legal. Instead, let us counterpose their anti-Latinx xenophobia with anti-racism and internationalism. Some racist policies are illegal and can be fought in the courts. Most are actually legal but no less deserving of resistance, legal or otherwise.

This article was originally published on TruthOut.

Mark Bray is a historian of human rights, terrorism and politics in modern Europe. He is a member of Black Rose/Rosa Negra Anarchist Federation and the author of Antifa: The Anti-Fascist Handbook, Translating Anarchy: The Anarchism of Occupy Wall Street, and co-editor of Anarchist Education and the Modern School: A Francisco Ferrer Reader. He is currently a lecturer at Dartmouth College.