The following is a statement and analysis written and endorsed by Locals and at large members of the Black Rose / Rosa Negra Anarchist Federation.

We must fight for access to safe, legal, free, and universally available abortion.

The people of the United States are in the midst of a critical moment. On May 2nd, 2022, a draft opinion was leaked to the public detailing how the Supreme Court of the United States (SCOTUS), a body of 9 unelected judges, intends to overturn Roe v. Wade. If this draft opinion were to be codified, it would almost certainly mean the immediate introduction of bills criminalizing abortion in half or more of U.S. states.

This assault on bodily autonomy is part of what we call class struggle—and class struggle is the real history of capitalism. The human as property is inscribed in the very inception of the white supremacist, settler-colonial, Christian, hetero-normative, patriarchal, capitalist state. It is a core necessity of the capitalist mode of production to control social reproduction.

In the midst of this potential decision, we are once again made aware of the fact that feminism can be co-opted by the dominant class and repurposed to meet its own goals. For us, this does not mean disengaging with feminism. On the contrary, along with other revolutionary organizations, we want to implement a truly revolutionary working-class feminism. A feminist praxis that is transversal, non-exclusionary, and does not re-create oppressive systems of gender categorizations.

We also need to find the best way to resist this assault. Since it is clear that revolutionary conditions are not in place right now, we cannot expect to have a radical change that will transform society in the near future. We need to open efficient lines of struggle within our immediate communities while strengthening mass movements and building popular power.

By the same token, we also need to understand the reason for the advent of this reactionary policy. We cannot forget that the George Floyd uprising of 2020 shook the status quo. History teaches us that after major rebellions the state always tries to re-organize repressive power. This is also a symptom of major crises to come. These crises may produce revolutionary possibilities. Revolutionary working-class feminism will be a major player in leading a successful social revolution.

How We Got Here

The elimination of Roe would be the culmination of a decades-long campaign waged by a coalition of right wing religious groups, politicians, and judges. The harsh reality is that this campaign has successfully chipped away at Roe through a long term strategy of targeted violence, coercion, and legislative action. Combined, these efforts have already resulted in de facto bans on abortion in whole regions of the country.

But this far-right minority are not the only ones to blame. While the right was turning up the heat, the supposed staunchest defenders of reproductive rights—the Democratic Party and a complex of liberal NGOs—were, in the instance of the former, cynically using the erosion of Roe as blackmail to turn out voters, and in the latter, prescribing a further consolidation behind the Democrats as the only “realistic” bulwark against further compromises to abortion access. While the Democratic party has been put in charge of all three branches of government multiple times in the last 30 years, it has categorically refused to legislate further federal protections for abortion rights. The fact that we have arrived on the precipice of a total reversal of Roe should dispel any lingering faith that these institutions act in our collective interest.

Defending the existing right to abortion, and more importantly, going on the offensive to extend this right so that abortion is in practice free, safe, legal, and universally available, will require a new strategy—one that does not rely on the dead ends of the Democratic Party or its extension in the complex of Non-Profit organizations. Our strategy must be from below and outside, premised on the understanding that rights are made, defended, and extended in the streets, not the courts

The reversal of Roe is a clear assault on the rights of all people and their bodily autonomy. However, it has always been the case that those in the ruling class are not subject to law in the same way that most of us are. Whether abortion is banned regionally or, in the worst case, nationally, this is no barrier for the rich who have the resources to travel to areas where abortion will remain legal. As such, a ban on abortion means that those of us in the dominated classes and social groups will bear the brunt of its violence. Make no mistake: working class women, trans people, and people of color are being targeted for further domination in this effort.

As well, the intent of a ban goes deeper than just restricting what certain people can do with their bodies. It is designed to reaffirm social hierarchies that are seen to have been shaken in recent years by mass revolts which have targeted the capitalist, white supremacist, settler-colonial, heteronormative, patriarchal state. For example, those most invested in a system of patriarchal domination see the need to stabilize and further subordinate the category of “woman,” so that their vision of social reproduction can continue. It is for this same reason that we are right now also seeing a flurry of anti-trans legislation. Both are attempts at reconsolidating a social order that is perceived to be in jeopardy.

Whether or not a dramatic erosion of social hierarchies is taking place in the way that the right imagines (we would argue that these hierarchies in fact remain relatively stable), the legitimacy of foundational U.S. political and judicial institutions has no doubt been thrown into question in recent years. But what does this crisis of legitimacy actually mean? What we see is a growing general recognition of the non-neutrality of these governing institutions. The highest court has long asserted itself as an impartial arbitrator, when in actuality it is and always has been a site of political contestation and an instrument of domination.

Recognizing this, we should be careful not to seek recourse in “electing the right people” or pinning our hopes on the exceedingly improbable possibility that the Democrats might break with their cherished “norms” and intervene directly by passing national abortion legislation, packing the court, or abolishing SCOTUS altogether. The strategy of “getting the right people elected”—the one that Democratic Party and its NGO allies consistently propose—clearly does not work, nor is it designed to.

The right recognizes this and has, for the most part, dropped any pretense of moderation or concern with a majoritarian mandate. This is evident in the declaration of its intent to fully dismantle what remains of this country’s already threadbare social programs. Universal public schooling, labor protections, Medicaid, SNAP, etc. Everything is now on the table.

While we must fight to defend the provisions that were hard won by those mass movements that came before us, as social revolutionaries we are not interested in salvaging a liberal political order which cannot guarantee even the most basic social goods. Instead, we seek to overcome and go beyond it.

Faced with all of this, we have several extraordinarily difficult tasks ahead of us.

Our first and most immediate task is to register our collective anger by getting out onto the streets. Though, for this to be meaningful, let alone materially effective, demonstrations must be coupled with deep organizing in our workplaces, our unions, our places of worship, our schools, and our neighborhoods. Bases in these sites will form the building blocks of class independent, directly democratic, and militant social movements that have the potential to take struggle to the next level.

In this same early stage, the revolutionary left must also work to further ground itself in a politics of transversal working class feminism that it can transmit to the social movements in which it is present. This stands in stark contrast to the class collaborationist liberal feminism that was ascendant during the Trump years. Solid ideological foundations are a necessary component in keeping any mass movement self aware, principled, and militant.

If we are successful in building a robust, organized, and militant social movement focused on securing abortion, its aims should be twofold: the construction of interim services and mass disruption.

In the U.S. there is a rich history of successful efforts by the feminist movement in building networks of clandestine abortion services, like Jane, in the pre-Roe era. Some contemporary versions of these networks already exist. We should work to incorporate them into any broader fighting social movement that emerges.

But stopping at the creation of alternative interim services is not enough. As long as there is a legal regime which outlaws abortion, we must fight to eliminate it. Even the most successful underground infrastructure will leave many millions of people unable to easily or safely access services. At best, these clandestine networks will work as stop gap measures, providing crucial access to those most in need while the larger struggle for the restoration and extension of reproductive rights continues.

By mass disruption we refer to long term campaigns of strategically oriented direct action: labor/student/social/rent strikes, blockades, occupations, and other innovative tactics that apply serious coordinated pressure to the state and the economy. The ability to carry out this kind of activity on a materially meaningful scale will depend on how successful we are in building the aforementioned bases at work, at school, at church, and on our block that can reach beyond the activist milieu and bring everyday working people into social movement organizations. For inspiration, we should look to and learn from the recent Green Wave victories in Latin America, the repeal of the 8th Amendment in Ireland, and similar movements in South Korea, and Poland.

What’s been discussed above are short and medium term goals. We face serious obstacles in achieving them, not the least of which are a lack of social movement consistency, organization, and strategy in the U.S. However, if we are able to make real strides in these areas, whole new horizons begin to appear. Mass militant social movements have the potential to go beyond just extracting concessions from the state and capital. If powerful enough, they are capable of becoming organs of popular power that can openly contest the whole political and economic arrangement of our society. If successful, they are means through which a revolutionary transformation could be made. There is, of course, a long road to travel before we can arrive at such a moment, but through diligent work, organization, and commitment the possibility stands before us.

As social conditions continue to disintegrate and hurtle us toward a more naked authoritarianism, it’s on us to build independent movements capable of bringing the fight to the state from the outside.

We must break the monopoly that the Democratic Party and NGO groups at this point still have over narratives and campaigns connected to reproductive rights. There is no possibility of voting our way out of this situation, we can only fight our way out, and social movements are our vehicle for struggle.

In building a fighting mass movement we can not only defend reproductive healthcare, but we can expand it—along the way building our confidence and power for struggles in other sectors, subsequently paving the way for a serious revolutionary confrontation with the state and capital.

We wish you bravery and we hope that you will join us in this struggle.
For free, safe, legal, and universally available abortion.
For a transversal and revolutionary working class feminism.

Up with those who fight! 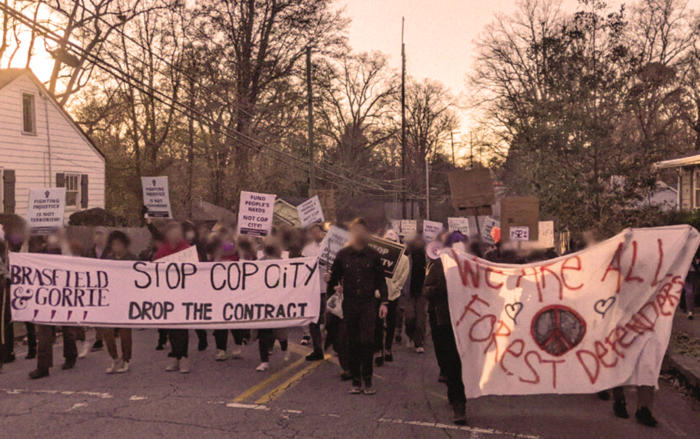 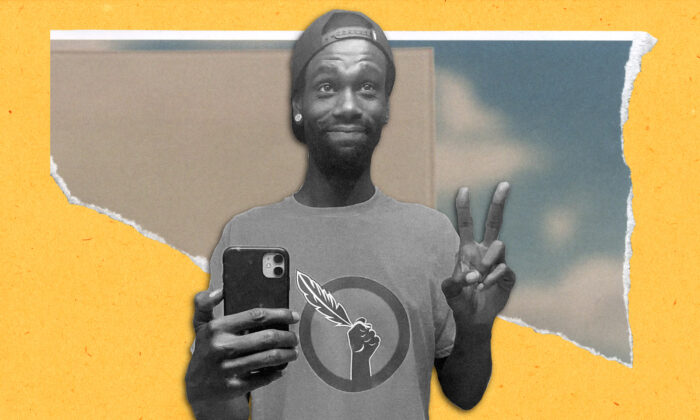