A critical collection of writings looking at left electoralism and strategy in the US and internationally.

As the 2018 midterms now move into our rearview and the 2020 presidential race appears on the political horizon, the permanent election cycle of American politics will soon pull at the US left once again. In the last several years calls for left participation in electoralism have continued to grow louder as the traditional political center hollows and the popularity of socialism rises.

Our allies on the left often argue it is imperative to engage and take up electoral politics, whether out of a short term strategy of harm reduction or as part of a long term project of social change through wielding state power. But important questions should be posed around whether left engagement in electoralism constitutes an effective strategy for socialist transformation. Indeed, when we live in a political reality where fundamental disparities in wealth and power are stronger than ever, where white nationalists leave our most vulnerable communities in constant fear and where the ravages of climate change are an existential threat to humanity and the earth itself, we should also be asking whether this is a strategy that speaks to the urgency of our times and more importantly whether it is the right tool to begin with.

When 1960s Civil Rights leader Bayard Rustin called for the movement to turn “from protest to politics” – a phrase often repeated in contemporary times – he likely did not envision the actual outcomes of this shift. As efforts towards electoral power became “one of the principal strategies that emerged from the Black Power era” as Keeanga-Yamahtta Taylor outlined in chapter 3, “Black Faces in High Places” of From #BlackLivesMatter to Black Liberation, one could draw a line between the development of the strategy and disappointment in the results with MLK advisor Andrew Young being elected as the Atlanta mayor in 1982 to the 2015 Baltimore uprising around the police murder of Freddie Gray in a major city with overwhelmingly Black leadership. Ultimately these efforts have fundamentally not changed the systemic conditions of white supremacy and police violence experienced by working class Blacks.

Despite good intentions, elections siphon energy and resources from social movements while simultaneously limiting their power by shifting the terrain of struggle from our daily lives – where we live, work, study, play and pray – to the marble halls of power. When leftists commit to electoral campaigns in the name of building movements they are in fact, we argue, undermining the very power and strength that we all work towards.

When we organize populations as voters instead of along the lines of common interests of class and shared experiences of oppression we abandon autonomy and responsibility to struggle for social change for the ballot box and hope that the next supposed movement champion will be our savior. In the event that socialists are elected in a game rigged against them, the nature of self-reproducing state violence, political machinations and threats from international capital limit their ability to implement even basic changes: these forces infamously defeated Syriza and countless socialist parties around the world. Social movements, on the other hand, can effect change in seemingly hopeless conditions, by allowing communities to fight where they stand at work, in their communities, and on their land, arenas where popular power holds the possibility of victory.

In fact, popular movements such as Black Lives Matter, Occupy Wall Street and the more recent #RedForEd teacher strike wave fundamentally changed both conversations and the political terrain around white supremacy, anti-blackness, state violence, capitalism, unionism and the utility of worker strikes – something even the most radical candidates could not have accomplished in the same amount of time. Candidates like Bernie Sanders, while being important symbols of shifts in consciousness, step into the doors opened by the momentous cultural shifts forced by movements and work to channel their grievances back into the electoral arena.

Another aspect of electoral organizing is that much of the left both deeply overestimates the power of change through the state, and equally underestimates the potential of popular power to force changes. The question isn’t if it is ethical to vote or abstain, it’s what we must do the other 364 days of the year. Now more than ever it is clear that movements must find other vehicles to generate new forms of self-governance and popular power while striving for visions of autonomy and solidarity that won’t fit in their ballot boxes.

We selected the enclosed essential readings to contextualize, analyze, and critique electoralism with the goal of challenging assumptions and contributing to a more robust ongoing conversation among socialists. We begin with several articles that present broad critical overviews of left electoralism, ranging from a former a campaign consultant to rapper and filmmaker Boots Riley. Then we move to specific examples within the US,including the 2016 presidential campaign, local city councils and Jackson, MI. We end with a selection of articles looking at left electoralism globally, from Latin America’s pink tide to the UK’s Jeremy Corbyn to South Africa.

To all those struggling outside, against, and beyond the state, capital, and social domination!

We would like to thank libcom.org for agreeing to host the reader files. You can donate to support their work here. 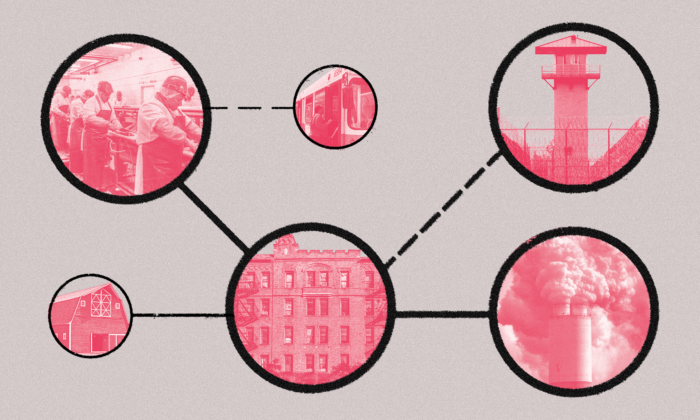