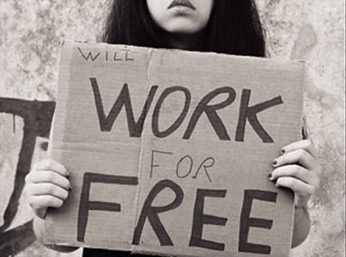 It’s been a solid three and a half months at least. In the scope of unemployment, it’s not that long of a time period but three and a half months can feel like a lifetime; I’ll even go to the extent of saying that I can’t remember what the routine is like, that I sometimes miss “hanging out” with my co-workers (and by hanging out I mean working and feeling stressed out and getting yelled at by the boss …“together”… awww…?). I may even sometimes miss my supervisor (uff that was hard to type out), but let me explain. She was the most genuine definition of a workaholic, but not the type that works because she’d be cornered into working long hours by the main boss but because she actively offered to stay long nights and come in on weekends. It was always beyond me why she would do this week after week; I could never understand how a human could actively give up nearly their entire life to work a job that wasn’t even that amazing—actually, it was very far from amazing. Maybe she internalized the masochism of our work environment, maybe she thought she deserved all the screaming and yelling from the boss, I don’t know. I figure maybe, she really, really needed the money.

Anyway, she would pass these attitudes onto me and my other co-worker, often expecting us to work overtime, not understanding why we wouldn’t want to do that, watching over our shoulders constantly to see if we were concentrated on doing our work, quickly and without conversing. She was pretty annoying, and sometimes terrible, as she would occasionally force my co-worker and I to take separate lunches and things of the sort. But sometimes, even she would get tired of policing and would tell us intimate stories about her life: the stress of her parents getting divorced, the weight of a boyfriend who couldn’t pull his own weight, some story about a cute guy at the coffee shop that morning, etc.

She was the embodiment of yet another contradiction of a work environment that seemed designed for machines but was actually inhabited by thinking and feeling human beings.

Sometimes I reminisce on these contradictions, these instances, these people and when distance makes me forget how horrible it was to work, I think… “It wasn’t that bad…” Though when I was in the midst of it all, I would swear that it was.

It pains me to say that a large part of this melancholy is the fact that I miss the more abstract things that come from working. I miss getting up early and that my sense of urgency and entitlement would make my brother yield the bathroom to me, or that I didn’t always have to clean up after my breakfast because I was in a hurry, “I had to go to work”. Coming home was a similar feeling, people know you’re tired and they don’t want to mess with you. Having a job creates a sense of respect among the people around you, they respect you as a contributing member of society, of the family, a person who can afford material things, pay bills, afford commodities, or merely just a person who’s making use of their skills, a person who fits in with how things are supposed to work—you’re supposed to work, so if you do, you’re doing alright.

Now as a person who is consciously aware of all this bullshit I can’t fully say that I feel too differently from the average worker—the consciousness part plays no role on my instinctive feelings. I also crave that respect, that bullshit respect that comes from giving my life away to some person exploiting my creative work and making thousands upon thousands a month for it. Just like my workaholic ex-co-worker, I’m another embodiment of contradiction. I hate working but I desperately want to be employed; working earns me respect but it also earns me the label of being servile.

These are the things that kill me about unemployment, the constant paradox that it is to live it.

At my last job I was working a somewhat regular 9 to 5 (it was actually 5:30pm and of course the regular overtime and weekends that was asked of me) in a suburban city in Palm Beach County. Among the things I craved were a livelier environment; anything north of Miami offers nothing but schools and strip malls where going to Chili’s is somewhat like going out to fancy dinner with friends. Besides the depressing city, I remember craving time to read the pile of books that I kept accruing over time, the paintings I wanted to finish, the film projects that would play over and over again in my head, and the trips I wanted to take. I’ve been living in South Florida for the past decade and I knew absolutely nothing of my surrounding landscape. I never had enough time to do anything; I had always been in school and if I wasn’t in school, I was working, but that earned me one of the very few things that overworked lifestyle can offer, respect.

Sometime in January I decided I had enough of the strip malls. I left my job and moved downward to the city of Miami where supposedly, things were popping. More jobs, more roosters, more Cubans, all of these were promised to me by word of mouth, so I did it.

Three or so months into it, I haven’t seen a Chili’s or an Applebees yet, plenty of roosters too; Cuban neighbors are a given but the only promise not realized was the jobs.

I finished school in the summer of 2010, double majored in computer graphics and art & history; I speak three languages and I like to think I’m somewhat intelligent and pleasant enough to hang out with, and yet I’m getting nowhere. I feel useless and expendable, as if there were too many of me. As if everything I’ve ever learned, experienced and known could not be useful to anyone, and even if my skills are valuable and useful to me, they’re clearly not good enough to earn me food and shelter. I think this is the part when a graduate overcomes denial. This is the part when you realize that no matter how smart, dedicated and skillful you are, work and stability are not guaranteed. The only thing you can be sure of is the overwhelming likelihood that you’ll struggle a great deal to float on.

And so my struggle began with job hunting.

The first month and a half I spent here, I was constantly online checking Craigslist and several other websites that offered jobs. I must have sent out a few hundred resumes and e-mails, I even wrote cover letters for lame jobs which not a lot of people do; I’ve even gone as far as reducing myself to applying for those degrading temp jobs on the beach that require you to send a current photo of yourself. But nothing promising has come up. The only ones that are somewhat related to my field aren’t even feasible. Basically, unless I’m an expert in what I do, have an extensive portfolio and years of experience, I can’t be decently paid. Adding insult to the injury, the jobs that I can potentially qualify for, are now mostly being offered as unpaid internships and “experience work”.

Over the past month, I’ve eased off the hunt, I realized I can’t be spending my life away looking for jobs that aren’t out there; I still search nearly every day, but I only do it for so long, and the rest of the day I try to do something else.

Reaching this stage has cost me a lot, the thing about being unemployed is that you suddenly gain all this free time to do whatever you want, to read whatever your want for as long as you want to do it—you can do nothing all day or go on vacation if you want, sleep as much or as little as you want, etc. This sounds like paradise, but actually it’s more like constant mental torture. All of these freedoms that one suddenly acquires cannot be enjoyed, they’re ridden with guilt and feelings of uselessness.

Instead of going to the park and riding my bike, or going to the beach and exercising, I chose over and over again to stay in and spend entire days sending out resumes (so that I could hopefully find a job, spend all my time working, and only dream about how I wish I had time to go to the park, ride my bike, exercise, read, paint, and so on). This is the monster of unemployment. Realizing that I’m trapped in a cage of absurdities is often worse than the fear of running out of money. I can’t enjoy the beauty around me because my mind is too busy guilt-tripping me about how I should be looking for a job. If I do go out somewhere, I have to make sure I check my e-mail before the end of the day in case a potential boss needs further requirements from me. This is the thought that has me at the computer compulsively checking my e-mail every now and again because clearly, if I don’t answer within a couple hours, someone else might get the gig. Sometimes I check my inbox so often that I end up checking my e-mail while I’m checking my e-mail, forgetting that I had been checking my e-mail the whole time.

The whole experience of unemployment is just paralyzing; and being conscious of the problem isn’t any more liberating. My mind plays an insignificant role in how my objective life forces me to further internalize the dilemma of life in a capitalist system where if I work, all of my creativity is spent on projects I’ll never own, and if I don’t work, I desperately crave the humiliating feeling of servility. It’s the neurotic feeling of knowing I hate while I simultaneously love and vice-versa. It’s also a feeling of impotence—of knowing that this system is successful at making me feel love and hate at the same time, interlacing them so homogeneously that I can’t separate what I hate from what I love, I don’t know which is which, I just know that both just are, and that I need to live with that deathly blend to survive.