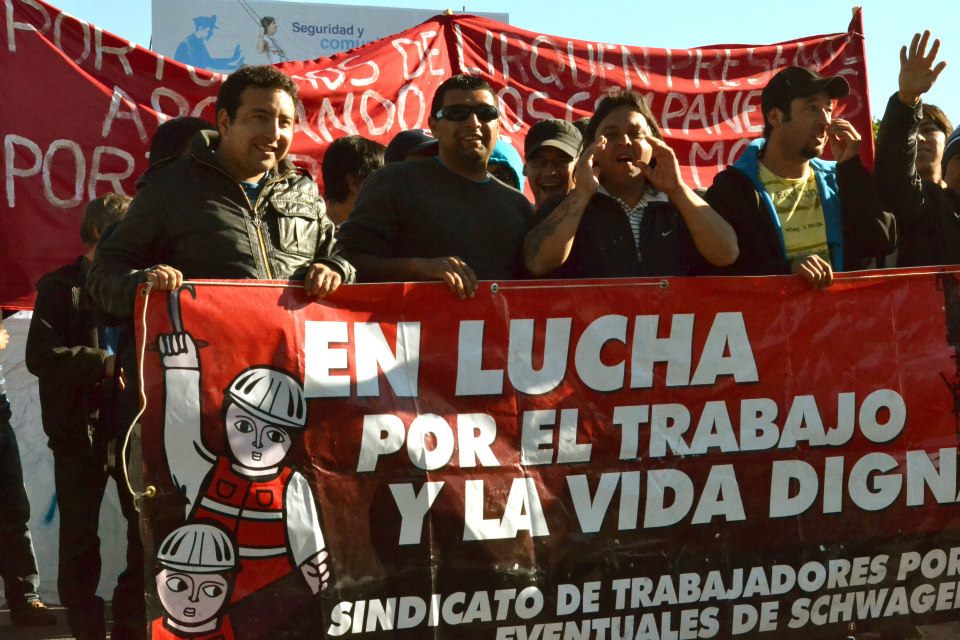 Join us in a speaking tour on the struggles and lessons of the Chilean port workers with Nelson Francino Valdes, an anarchist, dockworker, and president of the Federation of Portworkers of Iquique! Nelson has been involved in several of the most important struggles and strikes in Chile in recent years, including a month long national strike in 2014. He is in the US as Chile’s delegate to the International Dockworkers Council general assembly in Miami and is participating in a short national speaking tour organized by the Industrial Workers of the World and the Black Rose Anarchist Federation.

After a vicious CIA-backed military coup in 1973, Chile became a neoliberal test subject of dramatic proportions. Generals and free market economists suppressed labor organizing, privatized the schools, the healthcare system, and other social services. Though thousands of leftists were tortured, murdered, and disappeared, when the dictatorship ended, combative social movements rose back up to continue challenging the new “democratic” neoliberal state. Several years of militant strikes have not only pushed for a better standard of living for many in the exploited workforce, but have challenged the dictatorship-era labor laws. As an extractive economy Chile relies on its ports to get raw materials out to the rest of the world. Because of the strategic importance of the ports, revolutionaries have focused on them as sites of organizing and struggle. The port workers have become leaders in the labor struggle in Chile and have been influenced by the anarchist movement in the country. They have been building a rank and file base from which to fight for class independence from the Socialist and Communist Parties currently leading the government.

On this tour Nelson will share the stories of how the port workers have won victories through militant rank and file organizing; the importance of strategic workplace organizing that is multisectoral – uniting labor, education, and neighbor struggles; and the current international fight against the Trans Pacific Partnership free trade deal.

We are excited to have our friend and comrade Nelson back with us, and we hope you can join with us for this dialogue as we strengthen ties between workers in the North and the South, and learn how we can create militant mass movements from below.

(check back for updates as more events are added)

If you would like to contribute to covering the costs of the tour and also to help cover lost wages for Nelson, his family, and children, donations can be sent via Paypal to losangeles@blackrosefed.org.

Build Our Power – Spread the Strike: A UCSC Strike Leaflet

Statement: One Month Since the Popular Revolt in Chile