Editorial note: This article was written by a rank-and file West Virginia teacher the week prior to teachers striking on February 19, 2019. The headline has been adjusted to reflect the current strike.

One year ago, teachers and school service personnel in West Virginia rocked the nation with their historic nine-day statewide walkout. The movement was sparked in part due to declining state revenue for state employees’ insurance plan – PEIA – and a persistent lack of wage growth compared to contiguous states. In the wake of the Mountain State’s first statewide walkout in twenty-eight years, a rupture began to emerge between education workers and their states. Soon thereafter, Oklahoma, Kentucky, and Arizona witnessed their own statewide actions, ranging from a few days of actions to weeklong walkouts.

State legislatures were forced to compromise by these strike actions. In Oklahoma, teachers won an additional $6,000 raise and an increase in school funding by over one hundred million dollars. In Arizona, teachers won a twenty percent raise and increase in support staff salaries to entice teacher retention. West Virginia‘s victory was smaller by comparison, but no less impactful. There, state workers won a five percent pay raise (equivalent to $2,000 for teachers), a one-year hiatus on PEIA premium increases, and the promise of a PEIA Taskforce whose sole purpose was to find a long-term revenue source for the state’s ballooning health care costs. The year had ended with an empowered, engaged, and militant rank-and-file, who were at the forefront of these battles.

The present legislative session in West Virginia is reminiscent, in many ways, of last year’s militant struggle. Before the session had even begun, Senate Majority Leader Mitch Carmichael had touted Senator Patricia Rucker’s appointment to the Republican-controlled Senate Education Committee. Senator Rucker, a bourgeois reactionary Venezuelan who has spoken damningly about the Bolivarian Revolution, ended 2018 with an attack on socialism in her op-ed, “Socialist-style policies won’t grow WV.” Senator Rucker, who moved to West Virginia only a decade prior, founded a local Tea Party chapter in 2009 whose sole purpose it was to recruit “liberty-minded” candidates to run for office.

Yet despite her consistent redbaiting, which became an all too common feature during last year’s legislative session, Senator Rucker’s most troubling pieces of her background are her ties to the far-right in both the religious and education realms. Rucker is a self-described member of the Traditionalist Roman Catholic strand of Catholicism, a right-wing segment of the Roman Catholic Church that believes Vatican II was an illegitimate liberal reform effort. Rucker is also a homeschool advocate who has no experience teaching in public schools. Though Rucker had initially claimed to be a public-school teacher, a freedom of information request with the Maryland State Department of Education found that Rucker never held a teaching certificate with the state board of education, but was only a substitute teacher between 1993 and 2002, before she began homeschooling her children full-time.

Rucker was highlighted as ALEC’s “State Legislator of the Week” last year as a model for right-wing libertarian deregulation and privatization efforts in state legislatures. Intersecting her relationship to ALEC with the reactionary religious right makes it evident that Rucker’s initial goal to help modernize West Virginia’s education system is a ruse, obfuscated by her larger desire to implement neo-liberal “reforms” within the state’s public education system.

The omnibus bill would impact education in the following ways:

The bill itself passed quickly through the Education Committee – spending less than a week in committee – before it was debated for only two hours, passing in the State Senate on an 18-16 vote. Senator Mitch Carmichael stated at the time that, “It’s a historic, great day for the state of West Virginia,” at a press conference soon after. “We are so thrilled about the vote today and the aspect of finally, comprehensively, reforming the education system in West Virginia.”

Education workers, however, were prepared for the worst retaliation from the Senate in advance. On the first day of the legislative session, roughly one month prior to SB 451’s passage, hours before Governor Jim Justice held his State of the State address, teachers in twenty counties held walk-ins to remind their fellow workers, parents, and community members what it was they were fighting for. The theme of the walk-ins was a need for mental health and community support for children most impacted by the twin factors of neo-liberal capitalism and the opioid crisis.

To give some perspective on the relative crisis schools are facing, West Virginia:

The educator and activist Bob Peterson describes this brand of unionism social justice unionism in that the union represents the interests of the community in conjunction with the material interests of the workers themselves. It is little wonder that this was the theme, given that the walk-ins were organized by the newly-formed West Virginia United caucus, whose five core principles include social justice unionism. An affiliate of UCORE (United Caucuses of Rank and File Educators), West Virginia United began in the wake of last year’s statewide walkouts. The caucus is a combination of members from the state’s three primary education unions – West Virginia Education Association (WVEA), the American Federation of Teachers (AFT), and the West Virginia School Service Personnel Association (WVSSPA). In a video released back in September that announced the caucus’ formation, steering committee member Jay O’Neal stated that, “We need a caucus, because we saw what happened when teachers and service personnel came together, stood together, and said, ‘Enough is enough.’ We know that our power lies in us; it’s not in the politicians down at the capital.”

Worker self-management of unions with respect to bargaining and actions is a component of what the famous Wobbly historian and organizer Staughton Lynd calls solidarity unionism. Solidarity unionism, in its broadest form, is a concept in union organizing that recognizes that the individual union member knows best their conditions and their contractual obligations. In lieu of relying on business unionism – lobbying and mediation to gain power – solidarity unionism utilizes direct action to mediate disputes between members and management. Union representatives become less impactful in organizing efforts or disputes, as workers themselves take on the task of building their union at the local level. In addition to social justice unionism described above, solidarity unionism is also one of United’s five key principles.

Already, West Virginia United has begun the work of constructing a left-libertarian dual power institution that can challenge both their own business unions and the reactionary right. Members engage in online-on-the-ground campaigns that work to build power across the state within online spaces that are then transformed into on-the-ground efforts. On the Public Employees United page, which was used last year during the nine-day walkout for organizing efforts, over 20,000 public employees engage with one another across the state to educate themselves on this legislation, agitate their co-workers against it, share stories of triumph and anger, and organize as a larger collective.

West Virginia United is uniquely poised to capture and redirect this anger towards the larger struggle against austerity, given that their model of organizing relies on worker self-management in both a right-to-work state and in a state where public employees do not have the ability to collectively bargain. The primary education unions in West Virginia act more so as business representatives for teachers, assisting them with insurance, certification, and classification issues. Both WVEA and AFT lobby the legislature to push for laws that benefit members while holding electoral campaigns through their PAC’s to provide resources that help elect likeminded candidates. The disconnect between business unionism and the militancy West Virginia has sparked nationwide last year, however, means that the tactics of solidarity unionism and social justice unionism must be central in the fight against neo-liberal capitalism.

The battle between the austerity-minded education reformers and the militant education workers will continue regardless of what happens to SB 451. As of the writing of this article, SB 451 is being debated in the House of Delegates, and its longevity is uncertain. Whatever may come of this lone bill, it is clear that the fight West Virginians are taking on once again is one in opposition to the rampant capitalism we have witnessed since privatization of public education began a little over two decades ago. The victories of the recent UTLA strike provide hope to many in the Mountain State that unions, driven by a desire to protect public services and in direct confrontation with neo-liberal capitalism, can win the day, but we cannot concede an inch to privatizers in the meantime. To open the floodgates would be disastrous to far too many engaged in this struggle. Should West Virginia strike again, it will be because the working-class educators of this state have developed a burgeoning class-consciousness that was lit last year, and is now carried on in the ranks of its militant citizens.

This article was originally published by The Hampton Institute under the title “West Virginia’s Ongoing Anti-Capitalist Struggle” and has been edited for length.

Michael Mochaidean is an organizer and member the West Virginia IWW and WVEA. He is currently co-authoring a book detailing the 2018 education walkouts, their triumphs and limitations one year later.

For further reading on teachers struggles we recommend “Strike To Win: How the West Virginia Teacher Strike Was Won” and “Picket Line Lessons: The UTLA Teacher Strike.” 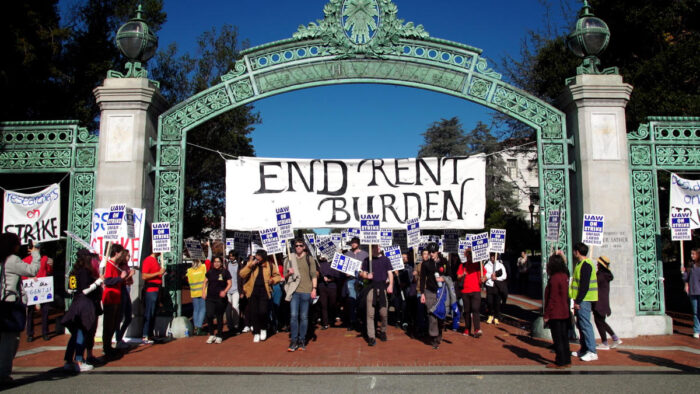