Following a recent national conference of the historic Chicanx student organization, MEChA (Movimiento Estudiantil Chicano de Aztlán), debate has erupted over a decision to change the name of the organization to Movimiento Estudiantil Progressive Action. Cesar Montero, a former MEChista based in Los Angeles, reflects on the controversy asking, “What’s in a name?” Note: This piece was written prior to the release of the report by Unión del Barrio.

“What’s in a name? That which we call a rose by any other name would smell as sweet.”

I wanted to give myself time to sit with the feelings that surfaced this past weekend in regards to a recent proposal at the 26th Annual MEChA National Conference. The proposal in question: to change the organization’s name. I’ve heard many MEChA alumni call this move an erasure of history, claiming it an attack on Chicanos and overall a result of “social justice warrior safe spaces.” I’ve also heard many newer folks rightfully critique the concepts of Aztlan and Chicano Nationalism, two main tenets of MEChA. RINOs (Revolutionary In Name Only) and Chicano Dinosaurs, fossils of a dying Left, seem to be perplexed by this new generation of activists’ decisions. There are a couple of conversations that I think are worthwhile and others that I think have been written about extensively, so I will add my personal two cents on this.

Let me be clear when I say this. I don’t really care much for whether an organization decides to keep its name or not, whether Aztlan is a real physical place, or whether MEChA is for Chicanos only. I think it isn’t as important as whether or not MEChA has a vision for liberation as well as a way to get there. What I am interested in is the substance of what an organization does. The purpose of having an organization is to engage in activities that accomplish clearly defined goals. To understand these clearly defined goals for MEChA El Plan de Santa Barbara and El Plan Espiritual de Aztlan would be the places to start but for the sake of time I’m not going to discuss them here.

In the early 2010’s, I was not attending classes anymore but was voted in as an honorary member of a MEChA chapter at a community college. I had the opportunity to lead workshops at MEChA Statewide Conferences in both San Luis Obispo and Chico, CA. It was through MEChA that I eventually found a more left-leaning grassroots organization that helped cement my understanding of politics and more importantly of power. And it was through this work that I met a comrade who would eventually recruit me as a militant of Black Rose/Rosa Negra in Los Angeles.

Reminiscing about MEChA experiences, the theme of transition always came up in conversations with comrades. We didn’t join MEChA because we believed it was the best organization out there, we joined it because there wasn’t anything else to join that seemed worthwhile to us. Anyone could join at a high school or college campus by attending a meeting and feel like they were doing something. And that’s what many of us did and felt. Even though we were part of the network, we saw MEChA as a resource to do the organizing we wanted to do in our communities. We used it as a way to build relationships with community organizations in order to promote self-determination and political education. Through these workshops, we were able to teach each other practical skills and we were able to have political conversations about current events and action we could take in our neighborhoods.

But even then, we understood the limitations of the network. We always knew that for too many Chicanos, MEChA was just something to put on your resume. It was a place to belong and hang out with other Chicanos who believed in La Causa because other “Mexican-Americans” were “too boring to be around.” It was a clubhouse that happened to be radical and because of this, among other reasons, many of us started moving away from Chicano Nationalism. We still saw ourselves as Chicanos but we also saw ourselves as students part of a broader student movement. You could see this reflected in our chapter which consisted of compas from Guatemala, El Salvador and even compas from Bulgaria and Iran. The name didn’t matter at that point. What mattered was the solidarity. What mattered was all of us.

It’s interesting how the idea of names and how they can mean so many things yet at the same time can seem so trivial. What resonates with me when I think about the name is a passage in Shakespeare’s Romeo and Juliet. On one hand, Juliet reassures Romeo that regardless of his affiliations, his last name, he is still the same boy she is tragically in love with. On the other hand, it is his last name that ultimately represents conflict. It represents “el otro lado” and it represents his being marked for death, which should not be seen so literal but rather as a transformation. Written in the stars, the lovers were meant to escape to a nepantla, neither here nor there, an in between that takes from both sides and none at all at the same time. Chicanos are this tragic love story incarnate. And whether or not we call ourselves Chicano, the feeling is the same.

MEChA itself is not a movement unto itself. It is part of the broader student movement which includes students from all oppressed nations and a movement is not something that can be so easily contained. MEChA was the spark that set things off for many organizers, serving as an entry point into political activity – myself included. It has been a stepping stone to finding Aztlan, not a mythical homeland but a political home of sorts, in ourselves and in each other. But now is not the time to be stuck in a romanticized past. We are here now and we must continue the nomadic journey while carrying that homeland in our hearts.

Cesar Montero is a cultural worker living in Los Angeles and a member of Black Rose/Rosa Negra. View his artwork on Instagram or follow him on Twitter.

If you enjoyed this article we recommend taking a look at “Anarchism in Latin America: The Re-Emergence of a Viable Current” and “Libertarian Socialism in South America: A Roundtable Interview, Part I, Chile.” 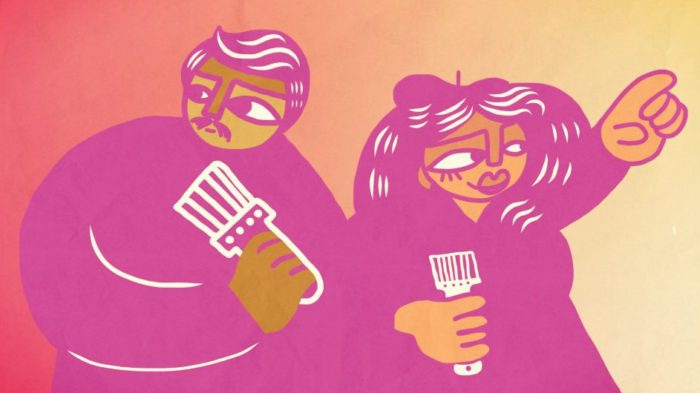 Art is Not Revolutionary, the People Are