We arrived in St Louis early on the morning of Saturday October 11th, the day of the Community March and Rally. We parked near a market, and emerged not twenty minutes later to find the car sporting a ten dollar ticket for parking without paying the meter. No signs anywhere indicated that parking was metered on weekends; where we come from in Buffalo NY, they are not. We spoke to the meter person, asking how we would possibly have known that parking was not free on weekends. She walked away without speaking.

After this inauspicious beginning, we couldn’t help but notice that most of the businesses were closed, the streets were deserted. Navigating the city was very difficult for vehicles, apparently deliberately so, with streets blocked by temporary barriers in odd places. (We later saw a sign explaining these streets were closed for the football game – on the following day.) After parking – and paying – we headed to the march location, where easily a few hundred were already gathered. We stationed ourselves in sight of a giant Hands Up Mike Brown puppet, and watched as the area filled.

The march began in short order, and it became clear that we were among thousands, multiple marching bands, exuberant youth, babies being pushed in strollers, signs declaring solidarity from Vermont, Chicago, HBCUs, Communists, Socialists, Jobs With Justice, too many organizations to count. This march was somewhat staged a la the Peoples Climate march in NYC for out of town allies, the familiar “marshals” in neon yellow vests handing out schedules and enforcing that sidewalks stay clear. Despite the regimentation, the atmosphere was one of joyful defiance. The chants, call and response, drumming, singing were tremendous, I found myself dancing, shouting. I realized then the sobering truth that in repressive atmospheres of cities like St Louis and Ferguson, youth of color dancing, laughing, simply moving freely and expressively in their own streets, is in and of itself a radical act of liberation.

The march ended at a park with a multicolored fountain, a lovely irony given that our brothers and sisters in Detroit are having that basic necessity of life cut off for a few hundred dollars past due, while the biggest corporations rack up tens of thousands of water bill debt and suffer no repercussions. We had a chance to see the beauty of the city, its multiple sculptures, sparkling buildings and water effects, even a xylophone embedded in the concrete for play, an extravagant display of attractions – while unemployment among people of color, especially youth, remains at shocking levels.

We spoke to local protestors and learned that mainstream media coverage notwithstanding, the people of Ferguson have demonstrated nonstop since Michael Brown’s murder. So, we opted out of the scheduled events and decided to see Ferguson for ourselves. Again, the plethora of roadblocks made this simple exit a challenge but we finally found ourselves on Florissant Avenue, driving past empty businesses, interspersed with fast food, car repair, convenience stores, churches and gas stations. The streets are clean and the former beauty of this town is evident everywhere. We saw small paper signs on a former Kentucky Fried Chicken announcing “Ferguson Response”. Strains of Christian music could be heard, so we turned into the empty parking lot to see. We found a single white tent sheltering a handful of white fundamentalists singing and swaying. We continued on our way.

Directly across from the Ferguson Police Station, we met 72 year old Walter Rice, a Vietnam veteran and resident for more than forty years. Mr. Rice has stationed himself here for days, with a lawn chair and poster, quietly protesting. From him, we learned about history of this city, first next to and now engulfing most of the first incorporated black city in Missouri, Kinloch. Free blacks had lived here for generations after settling during the great American westward expansion. He recounted how the indigenous peoples were removed to Oklahoma to make way for the influx of settlers, and the history of schools, First Baptist churches, generations of successful people of color, families of blacks mixed with natives and whites through marriage, pride and loss and triumph.

What he did not speak of was that the gradual impoverishment of the black city of Kinloch led to portions of it being purchased by the growing cities of Ferguson and St Louis, the history of white rage manifested in pass laws, fights for free blacks and indigenous people to remain free, fights for schools for “colored children”, lynchings, riots, Plessy versus Ferguson.

He talked about conversations with the Mayor after the brutal murder of Michael Brown, watching the increased militarization and aggressiveness of Ferguson and St Louis police. He told us about literally placing his body between tanks and young protestors of color, speaking to the police as a veteran, asking how they could respond to legitimate protest with such brutality. He wept constantly as he spoke, not aloud but with quiet tears that rolled down his brown cheeks. I cried too, hearing how he just could not display the ubiquitous “I Love Ferguson” lawn sign, saying that he loved what Ferguson was, not what it had become.

We hugged, and took pictures, and agreed that there is a time to grieve and a time to fight back, that we were there because he himself was our uncle, our father, grandfather, the people of Ferguson are our family and Michael Brown is our beloved brother and son. That was when we received word that the commemoration at Michael Brown’s memorial would begin in a few hours. We decided again to forgo the scheduled events and headed directly to Canfield.

Among the many lessons I will be taking from Ferguson, the fierce protective reverence for the memorial itself has to be noted. Down the middle of the street is a row of candles, mementos and offerendas ordered carefully by size and kind: stuffed animals, jewelry, cards, letters, placards, posters. I added a locket and ribbon, a gift from my deceased fiance, a fellow sojourner added a rock Lake Erie that has been her personal talisman. We were humbled to offer these tokens in an effort to show our love and respect for Michael, his family, his friends and his community. They have offered themselves up, day after day for over 70 long days and nights, by the hundreds, to police violence and national scrutiny, to demand that racist police killings stop here and now.

In that somber but defiant spirit, we had the honor of taking part in the nightly march from Canfield to the Ferguson police station. Hundreds marched, and hundreds more rode behind, honking and chanting. Neighbors en route came out on their lawns to dance, clap and chant… The procession took nearly thirty minutes.

We arrived in front of the Ferguson Police Station to find four hundred plus people chanting, “We’re young, we’re strong, we’re marching all night long!” And “Hands up, don’t shoot”, listening to exhortations from community leaders. We were asked to sit in the street and rose to a moment of silence. The chanting went on for nearly two hours. At one point the crowd split like an amoeba, one mass grouped around a speaker the size of a small refrigerator that pumped out hip hop, dancing, chanting, jumping, fists pumping. The larger mass was directly confronting row upon row of police officers in full riot gear (complete with a tank), shouting that they were not there to protect and serve, not a part of this community and the way to show where their hearts lie would be to quit the racist police force altogether. The officers stood unmoving – maybe comforted by the fact that as we rallied, scores of other officers were quietly blocking off Ferguson’s streets, forming the cage of blue that would later force the break-away marchers into stopping at the QuikStop, where a peaceful sit-in would result in 19 arrests.
Our departure Sunday morning was delayed by the news that two of my comrades had been arrested during that sit-in. Fueled by twitter, the peoples’ news, we learned about a night of kettling, pepper spray, batons, abuse, confrontation and resistance. We found out the state of the arrested, hit up twitter to get supporters calling the police station demanding answers, and headed back into Saint Louis. An advocate from MORE was busy posting bond for those who did not have funds, and we donated to their fund. We made contact with college administrators who had had students of theirs arrested, and supporters from as far away as Springfield Massachusetts working on the release of their comrades. After exchanging contact information, we reluctantly hit the highway. Too slowly for all of us waiting, over the course of the day, in groups of four, the protestors were finally released. (You can imagine the shouts inside the little car late that night, when I learned via twitter that my comrades were released and on their way home safely!)

Words cannot express how proud I am to have stood shoulder to shoulder with black and brown people that know firsthand the brutality of the racist policing system. They know that the cameras won’t roll forever, and that in the dark of night they will be a community among too many facing violence that will never make the headline news – and have chosen to face the beast head on. Yes, there were a handful of protest vampires in the streets as well, with a ridiculously transparent political agenda. The protestors in Ferguson clearly know that as well, and have not hesitated to demand respect for their fight for justice for a slain brother, son, friend. They are adamant and active in making sure that their movement will not be co-opted by anyone, whether a self-proclaimed radical fringe or an opportunistic self-serving professional politician. The patronizing, paternalistic and ultimately racist pronouncements of concern about “outside agitators” reveals more about the speakers than the fighters themselves.
I also believe there is a growing realization among white Americans that a peace which entails that a segment of the population meekly submit to harassment, stigmatization, criminalization, brutalization and slaughter is no longer acceptable. White comrades and supporters are accepting the challenge to fight racism, taking to the streets of their hometowns, declaring that “Silence in the face of evil is itself evil.. Not to speak is to speak. Not to act is to act.” I hope with all that is in me that this number grows, and that white allies do not succumb to the pressures of privilege, and quit when the going gets tough, which it must.

Most importantly, the protests in Ferguson show it is literally true that the power of the people doesn’t stop! False leaders, career mongering politicians, pundits and panderers of all stripes have come, postured and gone during these 70 plus days of protests. The people of Ferguson and freedom fighters all across the country and the globe have drawn a line in the sand and said NOT ONE MORE, not without a fight. And we are still soldiering on. This moment feels decisive because it is decisive – masses of people whose strongest qualification is determination have proudly chosen to dedicate themselves with whole hearts to the fight against racism. One of my favorite chants starts with “they think it’s a game, they think it’s a joke”. A heads up to the powers-that-be and those out there profiting off of the status quo – it’s not. More and more black and brown people, in numbers growing daily, are dead serious that until there is justice there will be no peace.

Lou D is a member of the Black Rose Anarchist Federation from Buffalo, NY working to free BPP/POW Jalil Muntaqim

Originally published at Agenda for Liberation on October 27, 2014. 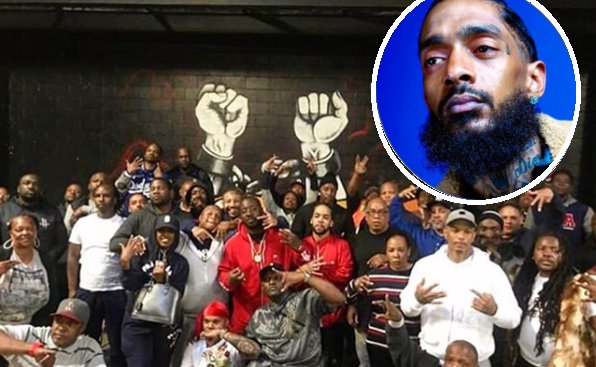