It’s no secret that anarchists detest elections, but most who embrace revolutionary socialism (of which anarchism is a branch) tend to possess a simplistic understanding of how to position themselves in relation to the spectacle of these events. This article argues that the anarchist focus on abstention as a responsive strategy to electoralism is not only inadequate for the moment, but operates on the same moralizing logic used by our foes for the reproduction of bourgeois democracy.

The Revolutionary Left and Elections

Questions regarding how socialists should relate to the election of representatives in bourgeois democracy have been a source of contentious debate for more than 150 years. In fact, disagreement on this point (insofar as it is corollary to the question of seeking state power) was in large part responsible for splitting the First International.

There’s no doubt that elections are spectacular events. With unparalleled amounts of money expended, unending coverage from pundits, and Twitter always ready to serve you the next hot take, elections are as social and cultural as they are political.

Today still, the same debate rages on, with each quarter of the socialist movement making its own prescription. The most sizable socialist organization in the U.S., largely bases its strategy around building a base within the Democratic Party and helping its members get elected to office.

Revolutionary socialists (including anarchists), on the other hand, take a different tact. Some groups in this category have taken to constructing elaborate potemkin campaigns for their own candidates who clearly have no hope of electoral success, instead using them to cynically draw attention or resources to their organization. Others, particularly anarchists, have fallen into the habit of calling for a total abstention from the electoral process as a matter of principle.

It’s the latter category which will be the focus of this article.

On what grounds do anarchists (and other revolutionary socialists) call for abstention? Usually, it boils down to the contention that to cast a ballot in a bourgeois election is to actively legitimize the state, therefore it is a compromise on our core ideological principles.

This, ironically, is the same turn of logic deployed by those (usually liberals) who assert that one must vote, lest they be responsible for the damage inflicted by the opposition party. This is a familiar refrain that has echoed through the heads of a variety of U.S. leftists since 2016.

Both of these positions, however, are deeply flawed in that they reduce questions rooted in the materiality of political power, conditions, and the operation of the state, to an individual moral calculus. While this may be expected of the liberal, why have anarchists largely adopted the same frame of reference?

In this framing, both revolutionary socialists and liberals derive their opposing conclusions from the same moralistic schema, at the core of which rests a central question: how can I best reduce my complicity in legitimizing the actions of the state?

Though the revolutionary socialist — unlike the liberal — possesses enough clarity to recognize that the state itself is an instrument of the capitalist class, we often can’t seem to break from the foundational logic which asserts that the discrete individual and their actions are principally constitutive of the state’s legitimacy. This is the so-called consent of the governed upon which all representative democracies are said to be based and which anarchists have historically rejected.

Instead, anarchists have advanced a theory of the state which maintains that the processes of state formation, reproduction, and legitimation are carried out through a combination of coercive force (the military, police, prisons) and ideological conditioning (via institutions of civil society like schools, the media, etc).

Simply put: the state doesn’t require your permission to exist, let alone to carry out its most egregious activity.

It’s bizarre then that most anarchists have embraced abstentionism, given that it accedes to the logic of the consent of the governed. Rather than fully embracing the anarchist theory of the state in pursuit of constructing serious strategies for the development of counterpower, we reach for the comfortable moralistic language of boycott and retraction of consent.

As has been demonstrated above, abstentionism is based on an assumption of liberal political theory that is incompatible with the anarchist theory of the state. Accordingly, we must go beyond our reliance on abstention and develop an actual strategic orientation in relation to elections and state power.

It should be clear enough that this writing does not propose active, enthusiastic, or really any sort of engagement with the electoral system as a solution. In fact, what is being advanced here is the notion that the question of electoral participation should be stricken from our consideration altogether. Neither abstention nor participation constitute an active strategy. To spend more than a moment pondering this question or, worse yet, to moralize about it, is a profound waste of time for any serious revolutionary.

Our most immediate task is to organize ourselves as a class capable of exerting our will on both the state and capital. This means constructing or strengthening independent, durable social movement organizations which allow us to build and wield collective power in our everyday lives. Labor unions at work, tenant unions at home, student unions at school, and popular assemblies in our neighborhoods. In short, our goal must be to create popular power.

Anarchists, particularly those who embrace the strategy of Especifismo, recognize that our task is to engage in these organizations and work to develop their democratic, combative, and revolutionary character.

At present, the balance of forces in this country remain decidedly tilted toward capital and the state. While mass protests have been promising, there are few signs to suggest that demonstrators are moving beyond street oriented action and toward sustained movement building via the sorts of materially embedded organizations mentioned above. It must be understood that our ability to extract concessions depends on how effectively we can apply pressure in areas we’ve identified as both vulnerable and valuable to capital and the state. We are capable of winning, but we have to have the right tools at our disposal.

Of course, these struggles don’t happen in a vacuum. The world keeps spinning and events of national or international import will act to change the conditions under which we engage. Whether in the midst of an election, an economic crisis, a pandemic (or all three) — we are only effective if we understand the conjuncture that we find ourselves in and can act accordingly.

Cameron A. is a rank and file labor union militant and a member of Black Rose Anarchist Federation’s Bay Area Local.

If you enjoyed this piece, we recommend The Lure of Elections: From Political Power to Popular Power or The Electoral Road to Power? 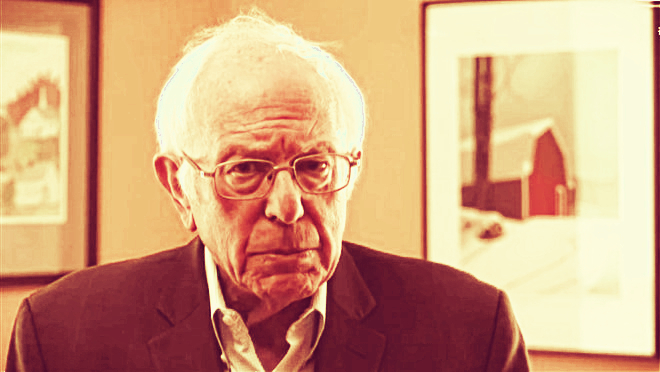