We are reposting this article by Leila Nachawati Rego, originally published in Spanish in El Diario and then translated into English and given additional context in a piece republished on Global Voices by Joey Ayoub, as part of our participation in the Campaign in Solidarity with Middle Eastern Political Prisoners.

In 2011, Syrians took to the streets to protest for justice. Seven years later, and with more than 500,000 killed, media attention to Syria has dwindled. This is the story of four Syrian women whose personal histories challenge us to not to forget the revolution and what it stands for. 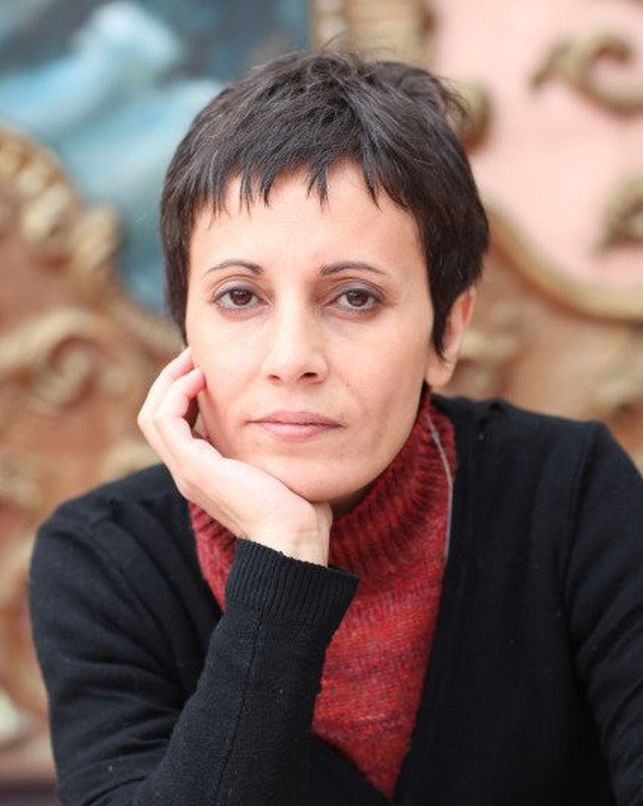 Fadwa Suleiman, an actor from the city of Aleppo, was one of the most recognizable faces in Syria for years. In 2011, when protests erupted in the city of Homs, she became a revolutionary icon. Surrounded by protesters, the image of Fadwa with short hair and a Palestinian keffiyeh presented a powerful contrast to her glamorous appearance of just months before. Even her voice, whose sweet cadences had seduced a whole generation of Syrians, sounded different as she raised her voice, hoarse with passion, to galvanize the citizens of Homs, asking them to continue the movement of civil disobedience that inspired resistance against what many saw as a growing dictatorship. The fact that she—like Syrian dictator Bashar Al-Assad—belonged to the Alawite sect challenged the official narrative that aimed to discredit the protests. Fadwa eventually fled to France after the authorities announced their intention to find and capture her dead or alive. 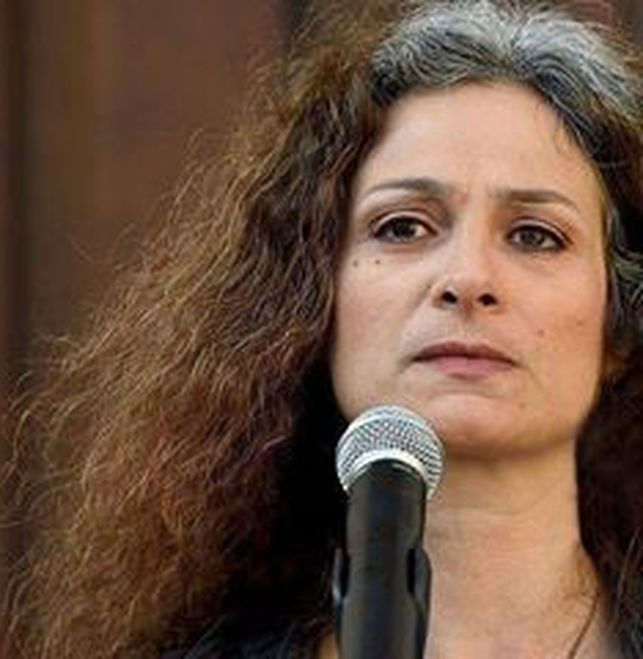 May Scaff was also an actor. I remember the look of fascination my partner gave her in the summer of 2008 in Baal’s Cave, the Damascene bar that we frequented. “It’s May Scaff. I love her,” he told me, making me jealous of the beautiful woman who laughed and danced, surrounded by friends. I told her this story when we finally met in 2013 in Amman, at a meeting of Jordan-based Syrian human rights defenders, and I remember she laughed heartily. Over food and drink, we had long conversations about the present and future of the country, back when we were still hoping for justice. In the last photos of her, nearly seven years after the start of these protests in which she had actively participated, her face had hardened and her hair was almost entirely gray. It was hard to recognise the relaxed beauty of another time.

Razan Zeitouneh is a symbol of Justice with a capital J for Syrians abandoned to their fate. A well-known human rights lawyer specialized in human rights, she defends political prisoners and founded the Human Rights Association in Syria. Razan also coordinates the Local Coordination Committees. Her work has made her a target of both Assad’s regime and the extremist groups that attempted to hijack the popular uprising. When Syrians imagine a future Syrian Minister of Justice, Razan’s name is often mentioned. 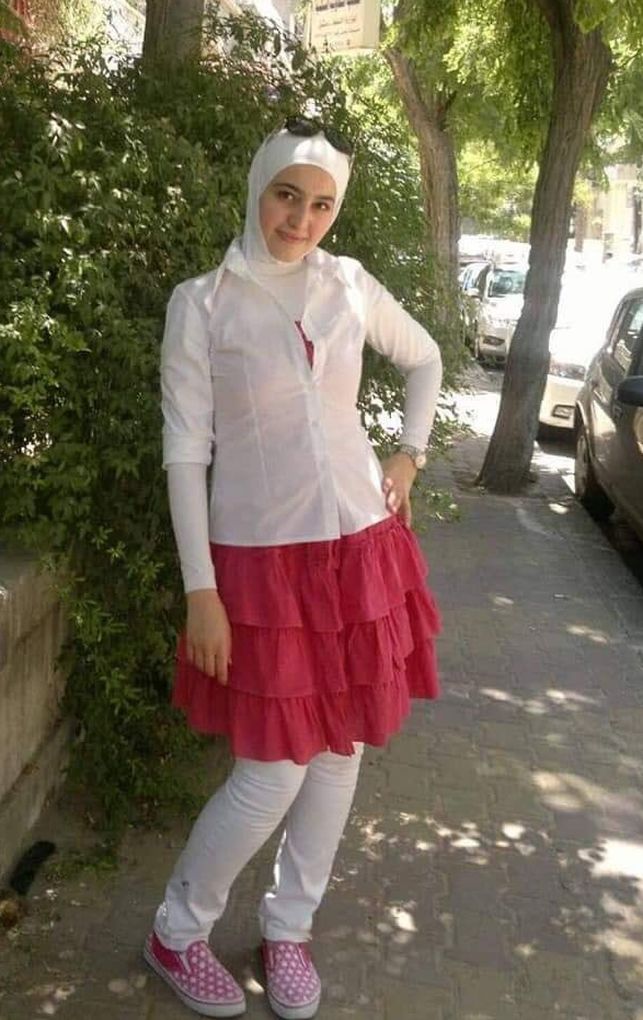 The student Lama Albasha. Photo shared by her friends on Twitter.

Lama Albasha was born in 1992 and studied at the University of Damascus. In images her friends shared on social media she’s posing for the camera, wearing a white blouse and white trousers layered with a bubblegum-pink skirt to match her polka-dotted slippers, her hand on her hips. Her sunglasses are perched liked a diadem atop her hijab, a popular look among Syrian women. In another image she’s in the foreground, in dark clothes with a Palestinian keffiyeh around her neck. She is looking at the camera and smiling. I read that she was detained in November of 2014 in the city of Tal, the neighborhood where she sat on one of the local councils set up after the uprising’s earliest stages in 2011. She had responded to a call from a woman saying she was interested in private lessons in English which turned out to be a trap. She was captured and turned over to the government’s security service.

The actress Fadwa Suleiman died in Paris in August of 2017 after a long battle with an illness. In her last interview, she said: “Even if they erase everything, we musn’t let them erase our dream. If there’s only one Syrian left, I am sure that he or she would build the Syria that we love. Syria isn’t a country, it isn’t a geographical entity. It’s an idea. The noble revolution of the mind and soul that will last in time and space.”

The student Lama Albasha is one of the thousands of names on the infamous ‘death list’, a catalog of those executed or who have died under torture in government prisons. Prisons such as Saydnaya, which Amnesty International described as a ‘human slaughterhouse’. Lama’s family learned, on accessing the general security register on July 31, 2018, that she had died years ago in prison, alleged of a heart attack.

The lawyer Razan Zeitouneh has been missing since December 2013. “Those like us who document deaths, we do not cry,” she wrote, before being kidnapped by a group of masked men in Douma in the suburbs of Damascus. Just a few days later, the United Nations announced that it was giving up on counting the victims of war in Syria, citing an inability to keep up.

The actress May Scaff was found dead on July 27, 2018, in the apartment she shared in Paris, the city where she sought refuge in her final years. “I will not lose hope and I ask you never to lose it,” were her last public words on social media. “Our country is called Great Syria, not Assad’s Syria.”