As General Motors reaped $8.1 billion in profit and paid its CEO $22 million, nearly 50,000 GM workers have been on strike since Monday. While workers gave major concessions during the previous recession the company is digging in it’s heels over wages and has even cut off healthcare plans for workers. Marianne Garneau of Organizing Work interviewed Lynn, a rank-and-file UAW and Black Rose/Rosa Negra member, on strike at a components plant in Rochester.

Were you on the picket line today?

I’ve been doing hall duty, which I hate sometimes because I’m not on the picket line, but I also love it because I get to respond to people’s needs. I’m the one who drives over the coffee, asks them if they need anything.

How long have you been at GM, and what is your position there?

I’ve been there going on 14 years. I’m a team leader. We set up the line, make sure everyone has what they need. Do troubleshooting, get the right trades in. Directly report to supervisors about issues.

In the 13 years I’ve worked there, we’ve seen a lot. Our contracts have not been the greatest. They’ve played around with our health care so many times.

Our pay is lower compared to rest of GM because we are a components plant. [UAW Vice President] Cindy Estrada has always said, “To remain competitive, we have to keep our wages lower than the vehicle makers, because other component plants want to steal our business.” That’s how the union put it to us.

Our wages are not a living wage. They’re below or at the poverty line. But it’s just enough that we don’t qualify for assistance.

When I was an elected official (a shop steward), during all the bankruptcies, I was representing a girl who was being discharged because of being tardy because of child care. We weren’t making a whole lot, and childcare is very expensive. And you know how it is, if you’re a parent: sometimes things don’t go as you think they are going to go. She basically said, “My son was in the hospital, I just couldn’t make it in to work. He was very sick.” And she said, “But I’m glad you’re firing me, because now I can get the help that I need.”

And this is what people consider a very good job. To hear someone say, “Now that you’ve fired me, I can get the help that I need.” It was almost a relief to her.

What kinds of conditions do workers face on the job?

We have something called the “line rate initiative.” It’s a way of getting people to produce “the rate,” and it’s impossible, because some of our equipment is not working as it should. The machines aren’t cycling as fast as they should.

Some of the people working on the line have no idea they are being held up by equipment. So when management says, “You’re not holding your rate,” they get scared. I’ve seen full-on panic attacks and crying, freaking out they’re going to lose their jobs.

On Friday we had a quality issue. I brought it to management’s attention. I said, “This isn’t good, our error proofing isn’t working,” and this manager said, “Can you just make sure people are doing what they’re supposed to?” But that’s not my job; I’m not the boss. I said, “Maybe if you backed off this line rate initiative you could focus on getting parts not just the rate. And you say you’re worried about quality?”

Our department has 20 people out on work-related injuries. It’s one of the highest injury places in the whole GM system. We are way up there for small components. We also have the highest amount of people on FMLA, because our management is not reasonable at all. Workers will say, “I’ve got to leave in 5 mins for a doctor’s appointment” and the response from management will be: “Nope.”

There’s a lot of discrimination. Our area leader had a girl go to labor relations who questioned her when she was leaving on maternity, because she was going to the bathroom often. Give her a break, she’s pregnant.

How does the union handle grievances?

Shitty. Especially when it comes to discrimination. Because it’s hard to prove, and I think they just kind of dismiss… [But] I have a lot of documentation around it. For example, there was a time that everyone of color was put on notice for not attending a morning meeting, and there was a white male who never came [to morning meetings]. But he never got such a notice. He had that white male privilege and he never got in trouble. But all these people [of color] were losing pay and time.

There are double-standards – I answered my phone right in front of my bosses, and no one said anything. And two days later, a black coworker said he got put on notice for being on the phone.

How do you feel about the strike?

Empowered. Relieved that the union is taking a stand against all this corporate greed.

All these UAW leaders are being indicted for corruption and bribery. It’s a serious thing and makes you wonder who you can trust. But I totally see this as a strategy to try to gut us.

And I know [UAW Vice-President] Terry Dittes personally because he used to be my Region 9 Director. In all the interactions I’ve had with him, he genuinely seems like he’s on my side. I actually brought up some of my concerns about lactation and accessibility, and he said “my wife is a lactation consultant; I should talk with her when we do that stuff.” Every interaction I’ve had with him has felt genuine. And I feel like we all kind of knew this was going to happen as soon as he became a VP, because he’s a legit fighter. I’ve always thought he was great.

There are a lot of conspiracy theories that GM and the UAW wanted us to strike – that they came to that decision together. I have a hard time believing that but it could be true. Any other strike I have witnessed, the company allows scabbing. If you want to go to work, you can. But when I was handing out flyers Monday morning, making sure everyone knew we were on strike and to got to the [union] hall, there were a few people who tried to go in and their badge did not work. So it was impossible to scab. So you kind of have to wonder, are they in bed? Because they’re not even going to allow scabbing. You would think they would like that, because it helps weaken the union.

That it’s just a way for GM to, instead of laying us off, that they only have so much inventory, so they can say, “Go ahead and strike so we don’t have to pay you.”

I cannot believe that they turned off our healthcare. My understanding is, if you go on strike, contractually, the company has to provide health insurance for 30 days. But they shut it off today. So the union has to take over our health care. The legal team is looking into that.

How does that affect you personally?

I’m already struggling financially. I’ve been struggling financially because I’m the only income my family has. I’ve made do for the most part pretty well, living paycheck to paycheck. Sometimes I get behind on things, and I rely on the bonuses we get from GM. We get three or four a year. That helps me catch back up. I get behind, then I get a bonus, and I pay all my bills and catch up. Right now I’m behind a truck payment.

I knew this was a possibility. Everyone said, “Make sure you save,” and I tried, but it’s really hard when you live paycheck to paycheck. And my daughter just started preschool, so that’s an expense.

I’m not going to really feel it until next Friday when there’s no paycheck. Hopefully it [the strike] is done by then. Last time, the last strike only lasted two days. But it sounds like it’s going to go at least a week. Right now they have our strike duties planned for two weeks.

What’s the mood on the picket line?

For the most part, everybody’s still in shock. They feel like it’s surreal. Some people are like, “I’ve been here 22 years, and I’ve never been on strike.”

No one is saying anything pro-company. I haven’t heard too much anti-union. A couple people have complained they can’t live off the strike pay. Of course no one can live off $220 a week.

Right now we’re happy, excited, pumped up, working together, feeling the solidarity. I’m the loudest. I try to get everybody going. Everybody chanting. I’m really silly out there. Everyone seems pretty happy, having a good time with their coworkers. They’re excited and relieved the union is taking a stand. We really feel like, “FINALLY.” We’ve taken so much. My plant went through two bankruptcies since I’ve worked there. GM is just a mindfuckery.

We all want to go back to work. But we also want a corporation that is held accountable for their greed. Why are they shutting plants down and shipping them overseas? We were told our plant only has two years of work left. We don’t know what the future holds. Our strike, for us, is about security. We want to feel secure. There’s a lot of temp hiring going on, when they have people [already] in the GM system who need to feel that security. It used to be, you did your 90 days and then you were an employee. Now there are people in the GM system who have been temps for two years. That’s ridiculous. That means you can’t call in, you have no vacation, no benefits, nothing. We have to put our foot down on that. And we can’t afford to pay 15% out of pocket [for health care]. Why do we have to do that, when the company is making billions, and we make that for them? We’re the ones who make them a profitable company, and they keep wanting to cut things that benefit us. It’s such a slap in the face.

This is the biggest strike in a really long time. It’s overdue. During the bankruptcy, the union was cooperative. We wanted to do everything in our power to make sure our company went back to making a profit. Because if they profit, we all have job security. That’s why we made concessions — about not going on strike for eight years or whatever it was. For four years, we had that deductible, where we had to pay for our health care. We took a lot. And we struggled through those times so the company could be profitable, and so we could live to fight another day. That was something that the union said a lot: “We have to do this so we can live to fight another day.” Today is that day.

This interview was originally published by Organizing Work blog which provides a platform for shop floor organizing struggles as well as reporting and commentary on the labor movement.

For more in depth discussion on the labor movement we recommend “The State of Labor: Beyond Unions, But Not Without Them” by the Labor Sector Committee of Black Rose/Rosa Negra. For more readings on inspiring and successful strikes, we recommend: 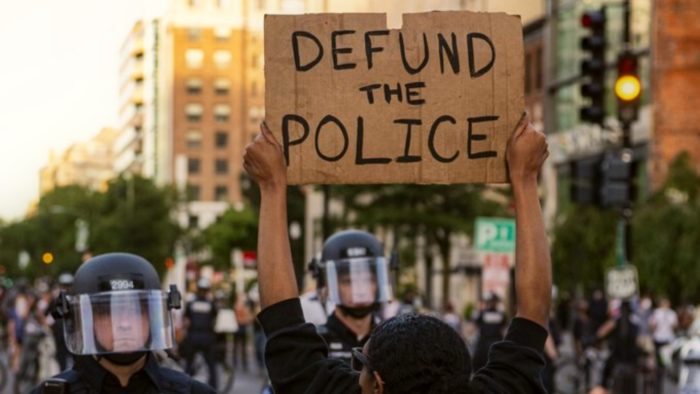 “It’s About Power”: Interview on Social Work and Policing